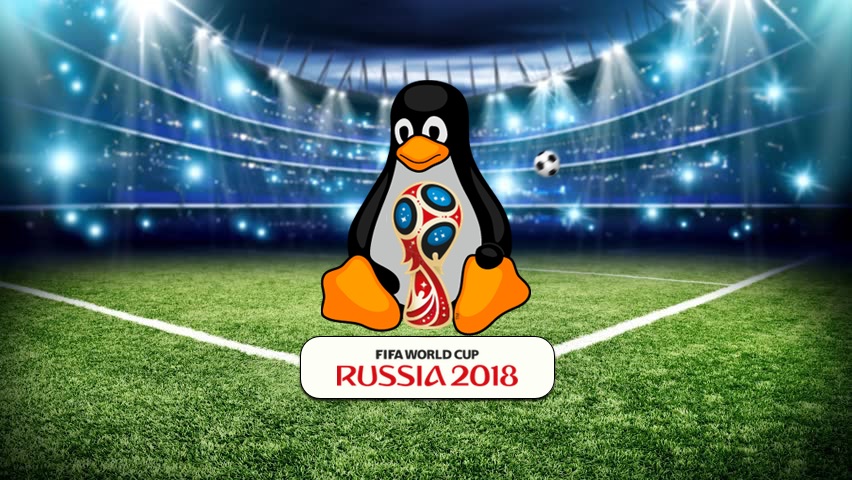 The 2018 FIFA World Cup is well underway and you’re probably obsessively refreshing your favourite website to get all the latest fixtures and results.

These tools won’t replace the thrill of watching a match on the TV, but they serve as a decent substitute

But with over 30 nations from around the world competing in this prestigious soccer competition it is a bit difficult to stay on top of all the tournament action while you’re doing other things.

Never fear: open source is here! A nifty new GNOME Shell extension, as well a crop of capable command line tools, mean it’s easy to stay on top of the latest scores from the group stages and beyond directly from your desktop.

While none of the tools which follow can replace the thrill and excitement of watching a match on the telly or down the pub with your mates they are a decent substitute for the times you can’t.

Whether you want to keep an eye on the latest match as it plays out, see an overview of recent results, or swot up on the group standings as you study — the following open source tools can (probably) help.

All of the apps we list willl work up to (and just after) the World Cup 2018 final, which takes place on 15 July at the Luzhniki Stadium in Moscow, Russia. 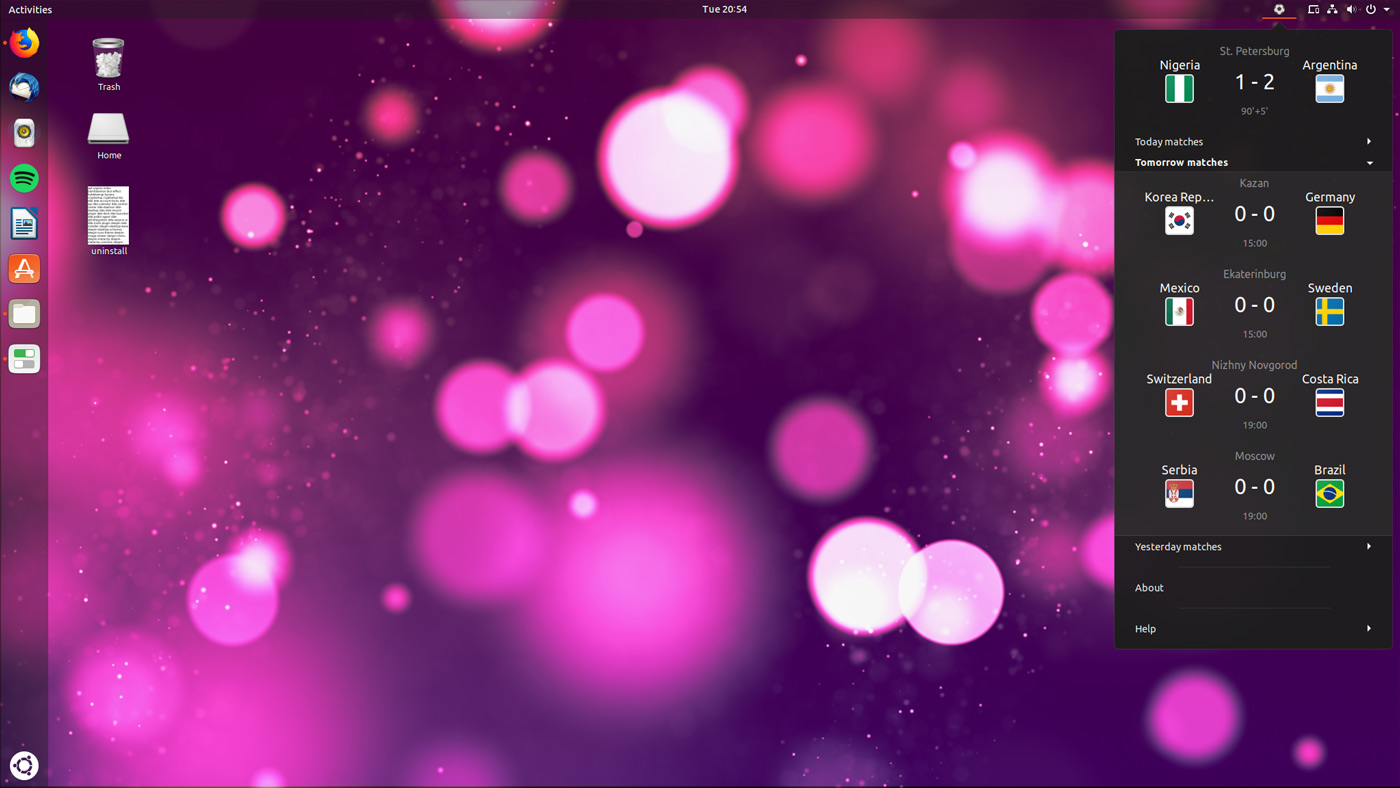 We’ll kick off with the perfect World Cup companion for those running Ubuntu.

Don’t be fooled by the discrete ‘football’ tray icon as, when clicked, it reveals a drop down menu packed full of information.

At the top it shows live scores for any matches that are currently in play, showing both current score (accurate to within 60 seconds) and current match time played.

Beneath this are collapsable sections which list scores for all games played today, the results of matches played yesterday, and at-a-glance info for any matches being played tomorrow.

The bold use of country flags and nice large scores make this indicator terrific to look at. It has the “glance factor”, showing you what you want to see when you want to see it.

Want to use it? Well, you can. World Cup Indicator GS is a GNOME extension available to install on GNOME Shell 3.26 and up direct from the GNOME Extensions website:

As you’d expect, a slate of CLI World Cup apps are available for (Windows, macOS and) Linux systems. These allow you to check the latest scores and upcoming kickoff times without having to leave the blinking caret of your favourite terminal emulator.

The suitably name wowcup, pictured above, is proving to be very popular with football fanatics.

Wowcup lets you fetch the latest fixtures and standings. Its design is inspired by the CLI basketball app NBA Go.

Installing Wowcup may seem as difficult as reaching the World Cup final, but it shouldn’t pose much of a challenge to anyone familiar with NPM:

Do make sure you set up NPM correctly on Ubuntu before installing (NPM is forever complaining on my system, so however I do it is clearly wrong!).

Using wowcup is straightforward enough: just pass it one of the following commands to see match details:

To check all standings or specific group standings run the following commands (note: replace * with the letter of the group you wish to view):

If wowcup (or its NPM hurdle) gets the red card from you do check out the similarly purposed wc18-cli, a python based CLI tool.

Although it is similar to the wowcup it does offer a smidgen more detail about World Cup 2018 matches, countries, and group tables. But, and it’s a rather big one, doesn’t (currently) provide “live score” updates.

Wc18-cli is available to install on Ubuntu, Linux Mint and other compatible systems using Python pip:

Note: wc18-cli requires Python 3.6 or later. This is available in Ubuntu 17.10 and up, but will require a third-party PPA on older systems.

Once c18-cli is installed you can run it using the following commands, amending them with your country or group of interest where applicable:

Cédric Blondeau’s immersive world-cup-cli-dashboard is very easy on the eye.

The dashboard allow you to tab your way through the latest/recent matches, with time, date and score prominently displayed. I also like that each match section lists key match moments, like who scored and at what time.

The bottom of the dashboard shows an overview of current group standings and points tally.

If you’re running NodeJS 6+ you can install this immersive dashboard via NPM by running this command:

Once installed launch the dashboard with:

To see the dashboard with emoji (as pictured in the GIF above) run:

You can use the ‘tab’ key to skip between different groups/matches.

Know of any other neat apps, tools or applets for keeping tabs on the World Cup? Let us (and everyone else) know about them in the comments below!