The animated gif screen capture tool Peek is one of the best utilities available on Linux.

You don’t need to have need to use it to appreciate how the focused, clean design and sumptuously simple workflow work together to benefit users.

So it’s somewhat sad to report that Peek is discontinuing support for its Snap app.

“Starting with Peek 1.3.0, which will be released soon, I will no longer support the Peek Snap.  That was no easy decision, as I like the general idea behind Snap, but I have come to the conclusion that it is just not feasible for me to support the Snap build any longer.”

Among the hurdles he lists as getting in the way is overly restrictive Snap sandboxing.

Admittedly with Xorg the default in Ubuntu 18.04 LTS this is not as big of an issue as it sounds going forward.

But it’s not the only issue standing in the way of continued support:

He says many of the issues he found were specific to his app, its development, and his own workflow.

“If Snap’s work for you and your application, please continue snapping them,” he adds.

It will sound a little curt but if chances are, if you’re an avid user of Peek, you don’t use the Snap app.

Peek has an official PPA which provides up-to-date builds for supported Ubuntu versions; a Flatpak app is available on Flathub (and works great — it’s what I use); and a distro-agnostic AppImage offers a flexible alternative to installation.

These pre-packaged alternatives support all of Peek’s features and will, the dev assures, remain “supported in the future.”

So Peek fans: you needn’t panic. 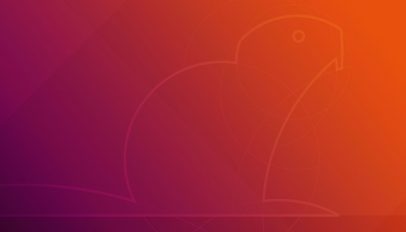 This is the New Ubuntu 18.04 Default Wallpaper
Read Next