Vincent Lang, the lead developer of the MPV media player project, has suggested the tool adopts one of the community-made MPV GUI front-ends available.

“While most mpv developers (including myself) have no interest in developing a GUI, it could be a good idea to make one of the existing GUIs “official”,” he writes on the MPV Github page.

MPV is a powerful, versatile media player. Like VLC is can play a wide array of video file formats,  obscure audio and video codecs, and load various different subtitle types.

Read: Why I swapped VLC for MPV

But many potential users are likely put off trying MPV because it’s a “command line” tool.

Adding an easy-to-enable GUI would, one imagines, make the player less arcane and more attractive as a VLC or Mplayer alternative.

Wait, Doesn’t It Already Have a GUI?

Although predominantly a command line video player MPV does have a minimal GUI of sorts. When you launch the app without specifying a video to play it shows a basic “drop a video here” window.

The app also displays an on-screen-controller (OSC) during media playback so that users can quickly control playback and skip through a video using a mouse.

Naturally the suggestion of adding an optional user interface has spurred some lively debate amongst the players ardent fans.

Should it be default or optional? Does the selected MPV GUI need be a cross-platfrom (likely meaning Qt or Electron)? Should it be a proper GUI or take the form of a minimal right click menu-based interface? Heck, should MPV create its own multi-platform UI from the ground up?

MPV is, for my needs leaner, cleaner, and a touch more powerful. While VLC certainly has the upper hand when it comes to handling media, e.g, it can display DVD menus, cast content to a Chromecast, etc, MPV has strengths of its own.

For instance, I find the picture quality of content I watch better in MPV than in VLC.

But —shock— I don’t use MPV from the command line, as intended anymore. Instead I use GNOME MPV, an MPV GUI that plays nice with the GNOME Shell desktop (as well as pretty much every other, including Unity, Budgie, XFCE and Cinnamon).

There’s more to a GUI than just throwing player buttons up on screen, though.

MPV is hugely powerful. But sometimes I don’t want to have to use a search engine to find out which string of commands I need to ‘do’ something.

Rather than dumb it down, a GUI would help unlock the power of MPV.

GNOME MPV is not the only third-party MPV GUI front-end available. There are a slate of bespoke, custom interfaces designer for Windows, macOS and Linux that the project could choose from, including:

Do you think MPV should add an optional GUI to attract new users? Do you currently use a community GUI frontend you think would make be a good choice? Or is MPV 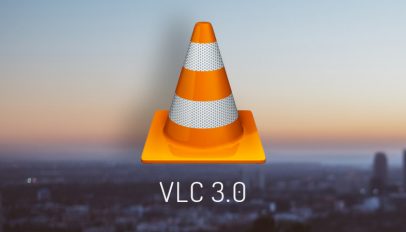 The 5 Coolest Things About VLC 3.0
Read Next