Google has announced that an all-new Google Drive client is coming later this month.

The new app, as reported by Android Police, has a rejigged UI, some neat new options, and will sport the more descriptive name of ‘Backup and Sync’. 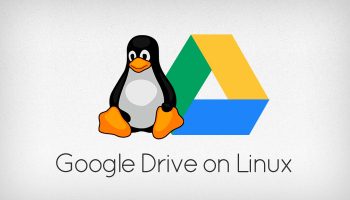 Related Story
How to Use Google Drive on Ubuntu 16.04 LTS

I know what you’re hoping, but I’m here, pin ready, about to deflate you because there’s no hint of Linux support for this new Google Drive app.

Yup, once again, it seems we’re being left out in the cold (which we, as penguins, are used to).

I personally have 1TB of Google Drive storage that I rarely, barely, warily use. Chief reason? There’s no Linux client.

Instead, I subsist on meagre 3GB Dropbox allowance because it not only has a native Linux sync client, but has a fairly ruddy decent one at that!

Now, yes, I know there are third-party Google Drive clients for Linux that sort of fill the gaps wilfully left by the big G. Some of these cost money, some have rather scary privacy policies, while others are just plain abandonware at this point.

BUT I GUESS WE’LL HAVE TO MAKE DO, GOOGLE. CHEERS.

If you’re a Google Drive user who has to dual-boot, multi-boot, or begrudgingly boot into Windows or Mac you’ll be moderately relieved to know that all of your current Drive settings will be migrated over when you upgrade.