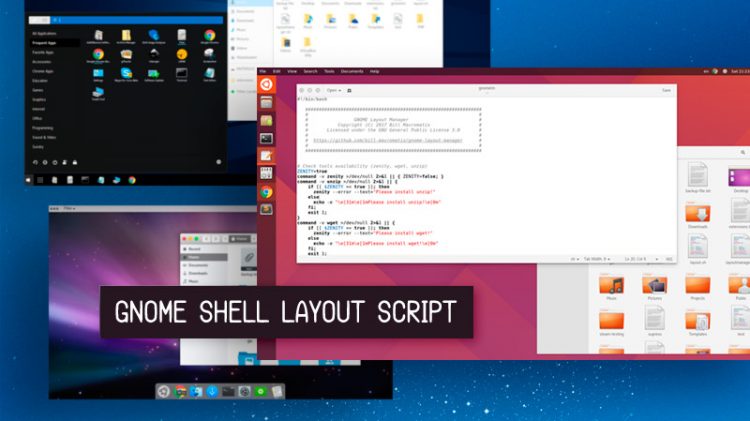 Remember that neat GNOME Layout Manager script we sang the praises of a few short weeks back? Well, it’s now even better.

Unity fans will be pleased to hear of improvements to the Unity 8 layout. The scheme adopts a Global Menu extension (forked from the one we’ve spotlighted before) and uses Pixel Saver, an add-on that fuses the window title bar with the GNOME top bar for maximised windows (behaviour similar to that of Maximus in Ubuntu Netbook Remix).

As a side note, we’ve already updated our original article on this tool to reflect most of the changes listed below, but since a large % of you are unlikely to think “hey, I wonder if that thing I read 4 weeks ago has a new release?” we’re giving it a cheeky shout out separately too. 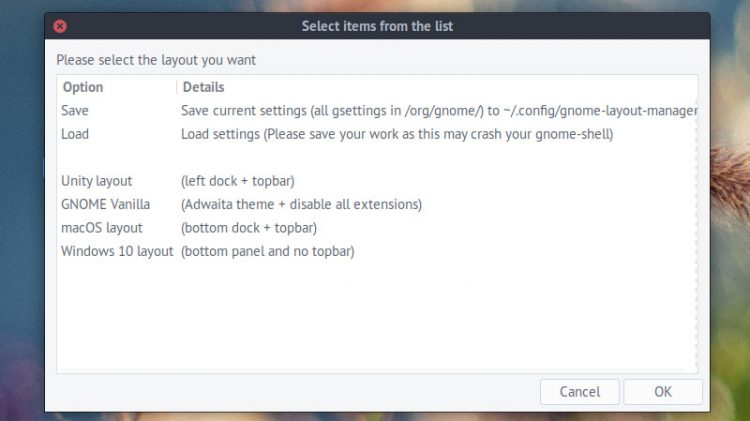 The most significant chance to this script since we last wrote about it is the spiffy new GUI it’s gained. This simple selection dialog makes it easier to apply themes, but also lets you back-up your existing settings and restore them at a later date — perfect for experimentation!

The script has also expanded and improved the various operating system layouts it curates.

The “Unity” layout benefits from a raft of changes in particular, and now makes use of the following GNOME extensions:

New versions of the United GTK+ and GNOME Shell themes are also installed and set as part of the layout. 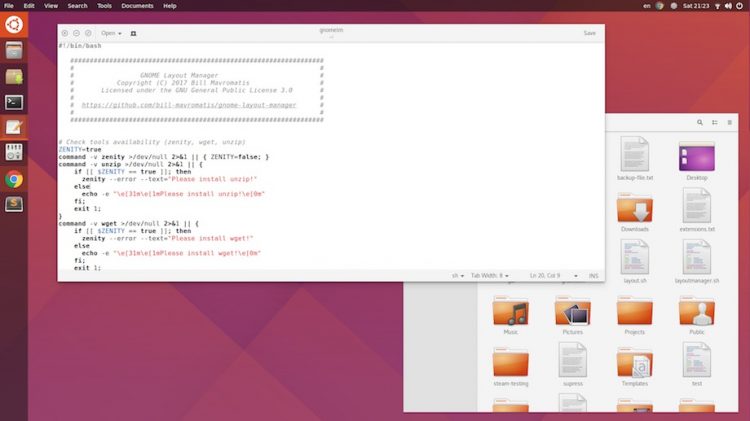 The macOS layout now looks far more like macOS thanks to some suitable theming. Oddly this layout doesn’t make use of the global menu extension the Unity layout uses, despite global menu being a key part of the mac experience. 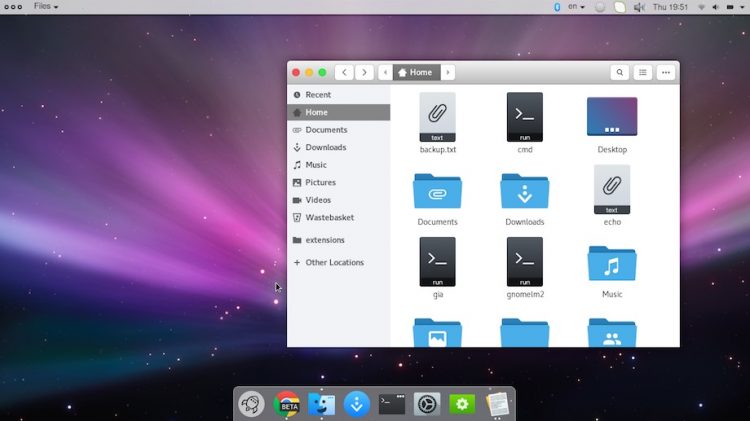 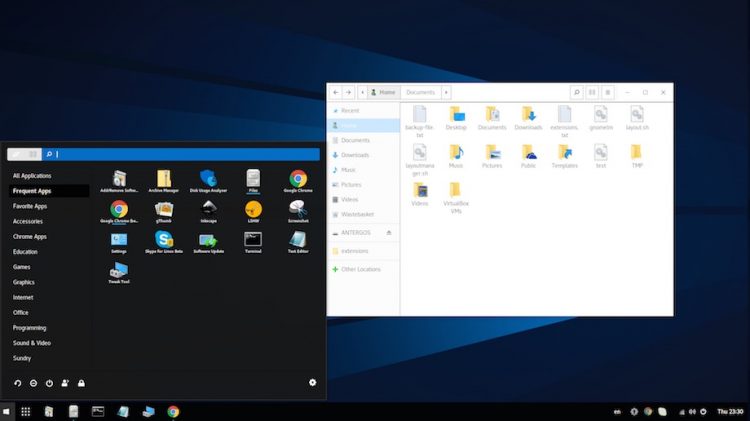 You can download and run the GNOME Layout Manager script manually from Github:

If you’re au fait and okay with the command line, you can run this command to download it:

Run this command to give the script permission to run:

Finally, run this command to launch the layout picker:

Make a backup of your settings before you select a layout to try. Also, be patient while the script does it thing as it has to download extensions, themes, etc from various places and this isn’t always super fast.