You can now watch Netflix in Firefox on Linux, no plugins required.

But it’s taken Netflix 7 months to flick the necessary on their end.

Until today Linux users wanting to watch Netflix in Firefox on Linux using HTML5 had to trick the streaming service into thinking it was being viewed in Chrome. This task required changing the user-agent string of the browser.

This announcement from Netflix means Linux users don’t need to do anything special to enjoy Netflix on Firefox — no plugins, no trickery, zero fuss.

Explaining more in a blog Netflix says: “About four years ago, we shared our plans for playing premium video in HTML5, replacing Silverlight and eliminating the extra step of installing and updating browser plug-ins.”

“Since then, we have launched HTML5 video on Chrome OS, Chrome, Internet Explorer, Safari, Opera, Firefox, and Edge on all supported operating systems. And though we do not officially support Linux, Chrome playback has worked on that platform since late 2014.  Starting today, users of Firefox can also enjoy Netflix on Linux.  This marks a huge milestone for us and our partners, including Google, Microsoft, Apple, and Mozilla that helped make it possible.”

To start watching, head to the official Netflix website in Firefox. There you’ll also learn more about international availability and pricing (yup, the service isn’t free).

I’m off to watch Ultimate Beastmaster ;) 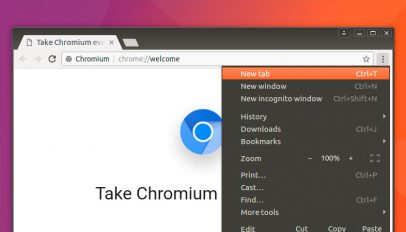