Chances are you’ve heard the new: Mozilla has acquired Pocket, the go-to ‘read it later’ service for many of us.

Mozilla say the ‘strategic acquisition’ will help them grow their ‘mobile presence’ by ‘providing people everywhere with powerful tools to discover and access high quality web content, on their terms, independent of platform or content silo.’

Firefox has shipped with Pocket integration since 2015.

Both Pocket and Mozilla stress that Pocket (paid features and all) will continue to tick over in its current form for now — but I’d be surprised if we didn’t see some synergy or interplay happen between Pocket and Firefox Sync in the mid-term.

Don’t Call It a Mid-Life Crisis

Firefox doesn’t command as big a slice of the overall browser marketshare as it once did, and the rise of mobile-first computing focused around Google Chrome and Apple WebKit has made it far harder to establish the Firefox on the mobile web.

The company launched a stalled excursion into mobile with Boot2Gecko and Firefox OS, and in to smart devices and the Internet of Things (Panasonic launched a few Firefox OS powered televisions, no less).

But with failure writ large it was inevitable that the company would need to pivot back to what it does best: web.

The Mozilla logo recently received a dramatic makeover (though some may say makeunder) as part of a wide-reaching reset of the company’s brand identity. The acquisition of Pocket, while not an obvious move, is at least a strategic one.

What It Means for Pocket

Pocket will nestle among Mozilla’s product portfolio. The focus will be on “promoting the discovery and accessibility of high quality web content”, where it will no doubt be used to plug in to Mozilla’s (rather complex) Context Graph doohickey.

Mozilla also plan to open source the Pocket code in due course as part of the deal. There’s no word on (or if) Mozilla will integrate or leverage Pocket data in other ways.

Chris Beard, Mozilla CEO, says “…discovery and accessibility of high quality web content is key to keeping the internet healthy by fighting against the rising tide of centralization and walled gardens. Pocket provides people with the tools they need to engage with and share content on their own terms, independent of hardware platform or content silo, for a safer, more empowered and independent online experience.”

As for Pocket, well they say the Mozilla deal adds ‘fuel to our rocketship’.

“We have worked closely with Mozilla as we partnered with their Firefox team, and established a deep trust with their team and vision. They have extraordinary resources, global scale, and reach to put Pocket in more places, and help us build an even better product, faster,” Pocket founder Nate Weiner says in a blog post.

“Together we are going to continue expanding the reach of high-quality content, while staying true to the values that drive both Pocket and Mozilla alike: Protecting the openness of the web and creating a content platform built around trust and privacy.” 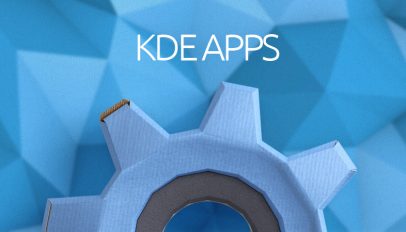