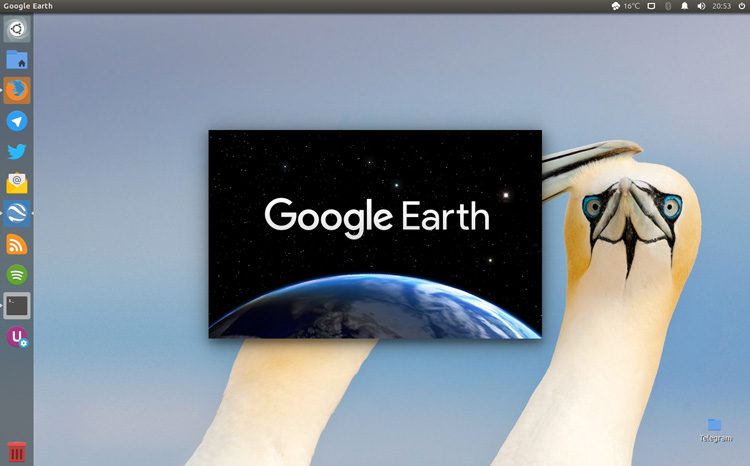 An update to the desktop version of Google Earth is now available to download for Windows, macOS and Linux.

Google Earth for Desktop 7.1.7.2600 is the latest version of the desktop mapping app and comes prepped with plenty of bug fixes — but no new features.

Now, bug-fix releases aren’t usually very notable. Sure, they make things tick along nicely, but there’s little to shout about in them.

Not so with Google Earth. Every bug fix update is a huge milestone. Why? Because it reminds us that the app, so rarely updated, is still very much alive.

Though judging by the hoops I needed to jump through to get it to open, even that is up for debate! ;)

Google Earth for Desktop 7.1.7.2600 features a number of bug fixes and a few small cosmetic tweaks to branding.

Not mentioned in the release notes are two features that will be of interest to Linux users.

Firstly, ‘Panoramio‘ photos now show on Linux — no manual hacks needed. You’ll still need to toggle this layer on manually, but you should now see photo instead of blank white spaces.

Secondly, you can finally login to the app using OAuth2.

You can, as always, download a 32-bit or 64-bit Ubuntu installer from the Google Earth for Desktop website:

Thanks to Martin B.

Editor’s note: the image at the top of this article is as much of Google Earth as I could get to load. I encountered the pesky ‘signal 8’ issue.