Ubuntu developers will shortly be able to take advantage of accurate location positioning data in apps built for Ubuntu for devices.

Regular GPS will ‘query the sky’ to find the position of satellites it can call on for data. The time it takes to run, calculate and return a ‘pinpointed’ location is called ‘Time to First Fix’ (TTFF).

A-GPS speeds the location positioning process up by using an ‘assistance server’. This server provides the device with (pre-calculated, as it’s continually running) data on which satellites are overhead and worth using to pinpoint a location. By using only those on the right side of the planet the location information and ‘TTFF’ returns faster than without.

Users will be able to help ‘crowdsource’ location data to improve the relevancy of results for all, say Canonical. This will require “user’s explicit consent” and an opt-out will be provided.

“In line with Ubuntu’s privacy policy, no personal data of any nature is to be collected and released. Users will also be able to opt-out of this service if they do not wish their mobile handset to collect this type of data.”

But before you recoil in terror at the mere thought of this you should note that most carriers, networks, handset makers and web companies are said to already collect similar anonymous data.

What This News Is Not

For developers and users alike, the use of A-GPS in Ubuntu should result in better, faster accuracy all-round, regardless of which mapping app is used.

The latter point — choice — is important. Nokia maps is not being made a default app with this news, nor is Canonical entering into an official partnership with the company similar to that of Mozilla’s Firefox OS (at least, not yet).

A HTML5 Nokia HERE web-app has been available to Ubuntu phone through the Click Store for some time, along with more open alternatives like OpenStreetMap.

A-GPS in Ubuntu is expected to be ‘functional by the Release To Manufacturer (RTM) milestone’ sometime later this year. It will be available on the Ubuntu Nexus builds and on retail handsets from Bq and others.

Update: Microsoft’s acquisition of Nokia, but not of HERE Maps, means viewers from the future should be aware that the reference to ‘Nokia HERE Maps’ is now out-dated. The suite is now known simply as ‘HERE Maps’. 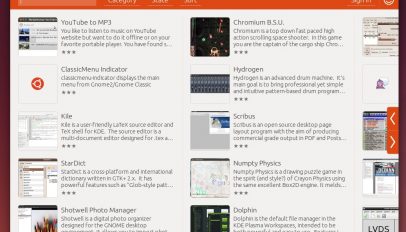