Pocket, formerly known as ‘Read it Later’, allows a wealth of online content, including blog posts and videos, to be “stashed away” for reading at a later date.

Over 300 mobile apps are said to already support ‘saving’ content to the service, while a battalion of browser add-ons, bookmarklets and 3rd-party apps offer similar ‘instant saving’ functionality elsewhere.

For catching up with saved items there are a range of official and unofficial mobile, desktop and e-reader apps available for download. One of the most popular is the official Pocket Chrome App that is capable of syncing content locally for offline reading.

In The GNOME Pocket

GNOME adding support for Pocket to their accounts hub gives desktop and application developers alike the chance to securely and safely integrate the service into their wares.

Such integration could allow saved articles to be searched out using the GNOME Activities Overlay or the Documents app. Similarly, with a Pocket account enabled, GNOME’s ‘Web’ browser could include a ‘Save for Later’ button to enable instantaneous saving of interesting content as it’s discovered.

While Pocket support is ready for testing, it is not quite ready for mainstream use. It’s expected to feature by default in GNOME 3.12, due for release later this year.

Recent improvements to other services housed by the app sees support for accessing Facebook account photos added, and the use of Google profile data (name, user avatar, etc.) to ‘pre-populate’ local user accounts. 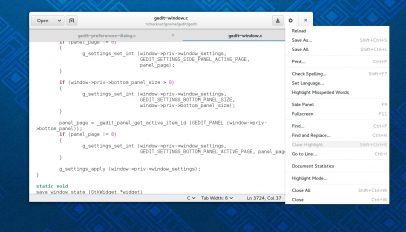 Gedit Text Editor Finally Gets a UI Revamp
Read Next