Ubuntu developers have decided against a new ‘un-minimise’ animation for Ubuntu 12.10.

‘Glide and fade’, the animation used in Ubuntu 12.04, will be reintroduced in an update to Ubuntu 12.10 in the coming day or so.

Announcing the need for change in a bug report, Ubuntu developers wrote:

In the Beta 1 release of 12.10, the unminimize animation has changed to using the “magic lamp” effect. This is incorrect, and this change needs to be reverted to the previous “Glide 2” plus Fade effects.

But if you’re not ready to bid sayonara to the slick suckering of the lamp effect you don’t have to: this change only affects the default settings.

The magic lamp, along with a battalions worth of other blingy effects, can be enabled and configured by installing the Compiz Config Settings Manager. 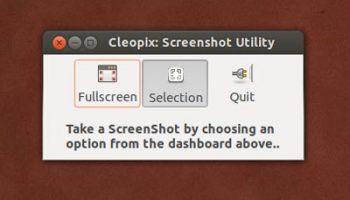 Cleopix: A Simple Screenshot Tool for Ubuntu
Read Next