Kettle’s on! Pizza’s in the oven! Only 23 minutes until a new episode of Inspector Spacetime! All are situations where keeping an eye on the time is important.

Now hopefully you’re not like me (i.e. useless at doing so) but, should you be, then TeaTime is a neat Unity-launcher based alarm applet that works wonders.

Better yet, it has recently been updated with Ubuntu 11.10 support, and an audible alert that will keep on ringing until click on the alarm launcher. 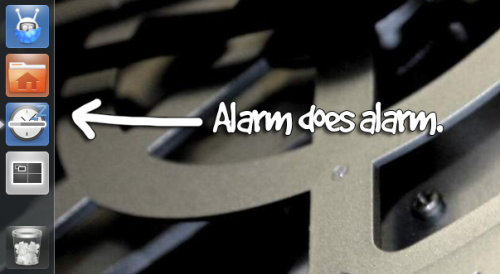 Sure, the user-base for such an applet is going to be niche, but that doesn’t stop it from being a super handy app to have lying around.

Ubuntu 11.04 and 11.10 users can nab themselves the applet by adding the PPA of Pavel Rojtberg (Tea Time’s developer) to your software sources, updating and then installing ‘tea time’ from the Ubuntu Software Centre.

Once installed just search for ‘tea time’ in the Dash, drag it to the Unity launcher and position as desired.

To add an alarm first click on the application icon, then double-click on ‘new entry’ to provide a name and duration. 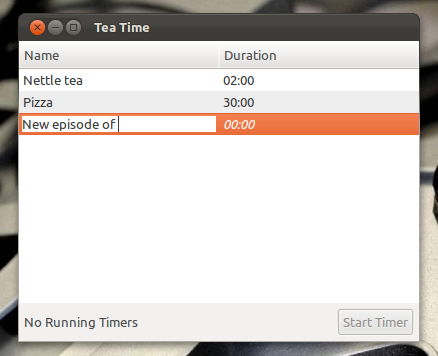 Once ready press the ‘Start Timer’ button to begin the countdown.

Home » Apps » Remind Yourself of Anything: Nifty Timer Applet for Unity