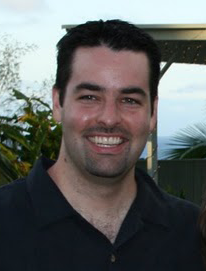 I first met Ubuntu’s new Desktop Manager Jason Warner at Linux.conf.au in Brisbane earlier this year. Whilst we had a good chat about Unity and the future of Ubuntu over a beer, its only now have I gotten around to formally interviewing him for OMG! Ubuntu!

Originally from the US, Jason now lives just outside Adelaide, Australia with his wife, son and daughter (3 years and 6 months).

Jason grew up on the web building large scale web infrastructures and applications as well as the teams that built them. Always an advocate for Linux, when the chance to work on Ubuntu opened up, Jason felt a calling to work on the most popular Linux distribution of all time.

When not perpetually plugged into a laptop, Jason enjoys writing, weight lifting and cycling.

Onwards with the interview.

Could you describe briefly what you do in your role as Desktop Manager?

The Desktop Manager is the lucky person who gets to manage the desktop team inside Canonical. This team (I can’t name them all, though I really, really want to…they rock!) are the people who pull all the various bits together that end up being “Ubuntu”.

My role, along with the team’s, is to make sure we release the best Ubuntu we can every six months. This involves a bit of advocacy, guidance, saying “no” and guarding what makes Ubuntu, Ubuntu. We have the unique responsibility to see how everything will eventually become Ubuntu. We work closely with upstreams, community projects, corporations and internal Canonical teams to ensure everything will come together.

It is challenging and interesting, sometimes frustrating, but always rewarding work.

Being new to Canonical [Jason started earlier this year], how are you finding working for a company that has such a large and vocal community?

I started at UDS-N in Orlando. My first introduction to the community as Desktop Manager was with Mark [Shuttleworth, Ubuntu founder] announcing Unity!

I love the community. The passion and drive is amazing. As with any large base of people, motivations will differ, people will butt heads and ideas will clash. But those are all good and healthy things that, as long as people approach each other with respect, make our product and community better.

Have you found working with a variety of people from all backgrounds rewarding, or difficult?

I love it. The Desktop Team alone has people from England, France, Germany, Spain, Canada, United States, Australia and New Zealand. Canonical employs people from about 50 different countries. The Ubuntu community is even more diverse.

Obviously the biggest challenge is distributed communication, but even that has benefits. The best part of my day is waking up, syncing to latest and seeing all the changes made while I was sleeping. Amazing to see it in action.

The switch to Unity in Ubuntu 11.04 was dramatic and attracted a lot of attention. How much has this feedback affected or changed plans for 11.10 and beyond? What changed, and why?

We love feedback; anything to make Ubuntu better, so keep those suggestions coming.

[Believe it or not, lots of Canonical employees are active OMG! Ubuntu! readers.]

Building innovative products is a challenge. On one hand we would like to take all the feedback and give people what they want, and on the other we are looking out several years and trying to out-pace the market and competition. It does feel odd doing that in the open.

If we look back at the history of Unity we would see that it clearly outpaced the market in many areas. We want to continue to push desktop computing and we feel we are in a position to do just that.

How difficult is it to maintain consistency and cohesion of a desktop experience in a community-driven project like Ubuntu when so many applications are third party, or designed for a different desktop shell or environment? Is Ubuntu doing anything to help facilitate this?

This is my personal opinion as someone who has been using Linux since Slackware 3.0, but I see the multitude of choice available as a hindrance to mass adoption and not a benefit. There are too many languages, too many toolkits and too many ways of building a desktop application. This has quite a few net negative effects, the obvious one being a lack of consistency across applications. A less obvious one is that it is now much more difficult for new developers to contribute meaningfully; we have raised the cost of entry just that little bit more.

Looking at the default apps in Natty we have Firefox, Evolution, LibreOffice, Banshee and Shotwell. All different languages, windowing toolkits and runtimes. Add on Skype, Chromium, Thunderbird, Inkscape and The Gimp. Nothing is consistent and nothing looks the same. We have a schizophrenic desktop.

We need an absolutely bedrock third-party developer story including language, framework, documentation, packaging, tutorials, and software distribution. These are all things Canonical is leading. Ubuntu is already an attractive target platform, and as this grows with our user base, third-party developer tools become more critical.

Those are good challenges and ones I personally look forward to tackling.

Mark has a goal of 200 million users of Ubuntu in four years. Thinking of that number; How would the management and priorities of the Ubuntu desktop change with 200 million users to satisfy? Would ‘papercut’ bugs be less or more important? Would the community be as important?

200 million users is not your grandfather’s desktop Linux anymore! 1990 Linux Guy cringes at this.

The challenge will be how we adapt. Business as usual will become meaningless as an influx of new users with lots of different hardware, desktop and application needs, not to mention widely varying levels of technical savvy.

What do you feel is the key element of the desktop that has to be 100% right from the beginning in order to not only attract but satisfy new users?

I never feel anything is 100% right, and if you strive for perfection before you release, you’ll miss opportunities.

That being said, my #1 priority for Ubuntu is polish and quality. The mass market has less patience for defects than early adopters. As vocal as the community is, they have put up with quite a bit over the years. People in the community tend to be willing to dig into problems and search for solutions. Mass market adopters won’t be willing to do that. The system needs to just work out of the box for the majority use case.

The great thing about community feedback is they show they care. We won’t have the same opportunity for passionate feedback from the mass market; they will simply will move on and not use our product.

What niggles you currently about the Ubuntu desktop when you sit down to use it?

Bug #1 is interesting in its legacy. I personally would like to see a new bug targeting Apple. Microsoft may have the majority desktop marketshare, but they have lost the mindshare and are slowly (if not already) becoming irrelevant. Not from a revenue standpoint; they’ll be able to cling to the current model for quite some time due to enterprise and governments. Rather, they have lost the consumer and developers.

However, if we look at Apple and how they are basically dictating the platform ecosystem, we realize this presents unique challenges for Ubuntu. For one, iTunes is the defacto standard music player now and we can’t stream it. This presents challenges.

Apple is a case study in taking the market. In 2002 Apple was basically irrelevant. Introduce the iPod, release OS X (which was TERRIBLE for the first few release, if anyone remembers) and target web developers and application developers and all of the sudden they start to take over the market. Mind you, their overnight success was 10 years, three game changing product innovations (iPod, iPhone and iPad) and a ruthless platform strategy later.

Ubuntu is in a position to be disruptive to this market and still retain the ethos that makes Linux unique.

So, to answer the question, my “niggles” with Ubuntu have less to do with Ubuntu or Unity and more to do with challenges non-geeks have integrating to other platforms. The day that we can plug in any off the shelf device and it works is the day I smile a very big smile.

With thanks to Jason Warner

Insperatus Freedom of speech is essential, a perceived threat is not…
Mozilla VPN is (Finally) Available on Mac & Linux

Insperatus You mean Brandon Eich? I prefer him to Google or Mozilla any day.
21 Must-Have Apps For Ubuntu Desktop

leirbag28 Yes...and when this Fully happens (If it does...I hope Not)…
How to Install Microsoft Edge on Ubuntu & Linux Mint

leirbag28 This is Literally the worst that has happened to Linux..…
How to Install Microsoft Edge on Ubuntu & Linux Mint