Dear valued OMG! Ubuntu! reader, Three years ago, Joseph Sneddon and I were put in touch through mutual friends at a Psychology conference in Australia. We both have extensive backgrounds in Computer Science and Psychology, and were intrigued at the emergence of online communities over the past decade. Shortly thereafter, we embarked on an international post-graduate collaborative experiment that set out to investigate tribal behaviour in online communities.

In a turn of events not unlike we've seen before, Valve has posted a job listing for a Senior Software Engineer to work on their "highly available digital distribution platform" Steam. However, unlike past job postings which have mentioned Linux and left some ambiguity as to what exactly Valve might be working on in this area, this posting clearly says the word "games" in one of the responsibilities out of the six listed.

With Rising Power Costs, Are ARM Servers The Future?

With the move to "the cloud", increasing numbers of internet and mobile phone users, renewable resources on the decline, and a focus on green solutions to current problems, server rooms are getting more and more expensive to maintain and run. 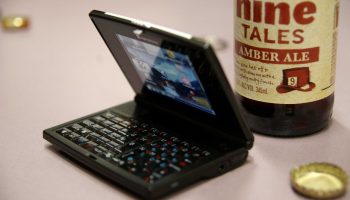 Is This The World’s Smallest Linux Laptop?

Measuring at less than 100mm wide and 17mm thick with a dinky 3" screen, the Ben NanoNote might just be the world's smallest Linux laptop for the traditional definition of the word. While pulling this out in public might get you a few odd looks, the Ben NanoNote actually runs a relatively feature rich piece of software called OpenWRT. It also happens to boast entirely open hardware and software, which not only makes it crazy small, but also Stallman-approved.

Wearing a suit when the rest of the 500-strong lecture theatre were dressed in shorts, jandals, and old conference T Shirts, Bruce Perens introduced himself by announcing his clothes as a lesson: Linux needs to be more outward facing. Perens is described as an open source luminary, the founder of a number of non-profits, groups and Open Source initiatives and projects including the well-renowned and globally used Busybox. A former Debian Project Leader, he represented Open Source at the United Nations World Summit on the Information Society in 2005. Perens is often quoted in the press, advocating for open source and the reform of national and international technology policy.

How Does One Monetize Open Source Software?

Monetizing open source software can be a tricky challenge for many companies. After all, when you're giving away your primary product for free, how could you possibly make money off it? Nicolas Erdody, Paul Gampe, Mark Bathie, and Bob Waldie formed a panel in the Business of Open Source MiniConf at Linux.conf.au 2012 and talked about the various ways companies can hope to monetize Open Source software.

Linux.conf.au 2012 kicks off in Ballarat, Australia

Last night I arrived in Ballarat after catching a train from the bustling city of Melbourne in Victoria, Australia. Ballarat is the small town venue for Linux.conf.au 2012, the largest annual Linux conference in the southern hemisphere. 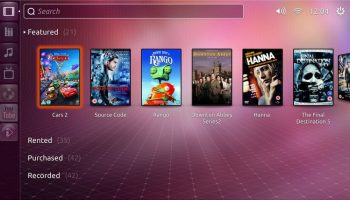 Ubuntu TV has been unveiled at the Consumer Electronics Show in Las Vegas, after Jane Silber announced Canonical would have something to show last week. The interface will look very familiar for Unity users, as it appears to simply be an Ubuntu installation running with some custom Unity lenses for browsing movies, TV Shows, music, watching YouTube, and more.

Happy Holidays All, Thanks For The Year, We’re On A Break For A Bit!

Just a quick note! I'd like to take a moment to thank each one of you for being a fantastic bunch of readers over the past year, and wish you a good holiday break! It's been an amazing year for OMG! Ubuntu! and our little wee community is growing by so much every day. Joey and I are always blown away by the statistics, number of comments, shares, and interaction OMG! Ubuntu! has with all members of the community. We know for a fact that people from Canonical, the community, companies using Ubuntu, selling Ubuntu, and all sorts of projects are represented in the comments section and this really brings a smile to our face. 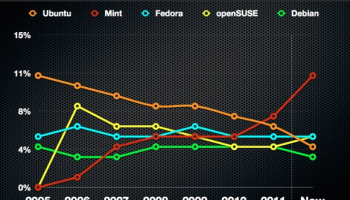 Win One of 200 Free #Flattr Vouchers

Flattr is a social micropayments service started in 2010 by a couple of entrepreneurial Swedes. The idea is that web users can support content creators by donating small amounts of money for items they like, and content creators can earn money for their hard work. The Flattr team are stoked to have us onboard, in fact they have 150 vouchers to give away to our lucky readers, to the tune of 5 euros each, which will hopefully help you get started supporting the content you love.

red_octopus Still not very good IMHO, that icon is not recognisable…
Ubuntu Replaces Its ‘Disintegrating Installer’ Icon with Something Simpler

DogMatix Yeah! That's what my wife said.
Ubuntu Replaces Its ‘Disintegrating Installer’ Icon with Something Simpler

Frank Starr I always download and play with some of the latest…
LibreOffice 7.0 Released, This is What’s New

Erin Bern Obvious sarcasm? Sorry, I didn't realize they were being sarcastic…
Ubuntu Replaces Its ‘Disintegrating Installer’ Icon with Something Simpler