Screenlets, the desktop widget framework for Linux, was once the apple of eye-candy fans everywhere.

Sadly over the last few years a lack of development and direction has lead to the project falling out of favour with users.

But thanks to the work of a reinvigorated Screenlets Development Team new life has been breathed into the stagnant project, resulting in some fantastic new screenlets and changes for us to enjoy on our desktops.

In honour of Screenlets getting a much-needed kick up the posterior we present five widgets (and/or themes) we think are pretty neat.

The default Gmail widget shipped with Screenlets is horribly dated and horrendously large in size.

That’s why I’ve swapped it out for this sophisticated, and much smaller, version by ~luisperu9.

Clocks, clocks, clocks. For reasons unknown we seem to forever been in need of knowing the time and whilst the clock applet that ships that is sat on the desktop panel is nice, it isn’t bling-y enough!

The default Clock widget that ships with screenlets it comes with a multitude of themes. Most, like the stock Gmail theme mentioned above, suffer from looking out-dated and poorly designed.

If you’re an Android fan – or just like the look of this ‘stock android clock skin’ – add it to your clock’s ‘themery’ and make reading the time less offensive on the eyes.

I’ll confess: this Moon phase screenlet isn’t exactly ‘new’ but it does look pretty swish when placed on the right kind of wallpaper (i.e. one with sky in). Better still it is now included by default in the newly updated Screenlets package – so it’s painless to give it a try.

Another ‘default’ choice now: meet WideWeather Screenlet. Yeah – it doesn’t look glossy or fancy and nor does it spin, speak or run a set command when it starts raining. But what it does do is tell you the weather without looking garish.

Launch it from the screenlets manager.

The author of this theme calls it ‘one of the most amazing pieces of eye candy’. And, to give credit, it is very neat and very bling-y.

The theme works with the ‘Impulse ‘PulseAudio’ Visualisation Screenlet’ (Download here) and adds a cool circular, spinning and audio-reactive visualizer to your desktop. 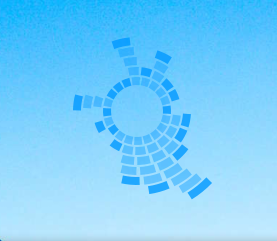 The best, and recommended, way of installing the newly updated version of Screenlets is to add the official development PPA. Whilst this may contain bugs it will also contain fixes, features and new screenlets sooner than anywhere else.

To make use in Ubuntu 9.10 through to Ubuntu 11.04 add ‘ppa:screenlets-dev/ppa’ to your software sources (Ubuntu Software Centre > Edit > Software Sources> Add New) or open a Terminal (Applications > Accessories > Terminal) and enter the following two lines separately, entering your user password when prompted: