Ever wanted to browse your music collection via cover art in Rhythmbox? Say hello to the ‘Art Display Browser’ plug-in by Manuw2009. 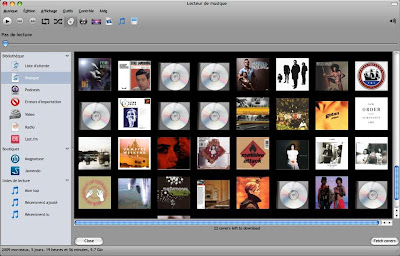 not my theme; yes that it rhythmbox

Features
Once installed the cover-art mode is fully toggle-able. Double clicking on a cover will play that album and drag n’ dropping a picture on to an album square sets it as the artwork.

You can also click the ‘Fetch Covers’ button to, well, guess!

Installation
Extract the folder and move it to your ‘plugins’ folder in .gnome2/rhythmbox. Hit CTRL+H in your home folder and search for .gnome2. Double click and enter the ‘rhythmbox’ folder.

If there is no rhythmbox folder there then create it: –

Notes
The plugin is “beta” and thus may be a little bit buggy, so don’t freak out!

I also couldn’t get it to ‘load’ any covers when i tried it, but i do use Rhythmbox from GIT and this was likely developed on a stable release.

Thanks to John McHugh