This updated version of the Linux application, for use with the ‘Windows Live Messenger‘ network, sees a host of buxfixes and the usual internal tweaks.

Feature wise, anyone who has been using the beta releases will be familiar with many of those listed below, but those who’ve been using the version from the Ubuntu repos will find Emesene packed full of new features.

The main new features being: – 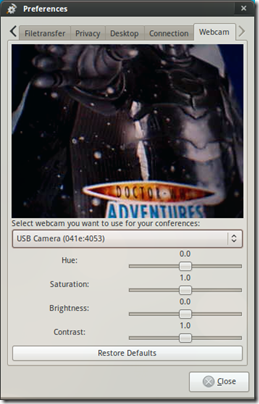 There are also plenty of 3rd party plug-in’s that add additional functionality. This can range from Facebook integration, Twitter status syncing and even animating your personal message!

Plugin’s need to be extracted to/placed in your ~/emesene_1.5/plugins folder. They will then show up in the plugin’s menu, which can be found through the preferences option.

Theming Emesene can be a lot of fun, especially if you’re customization crazy!

You can find themes on gnome-look.org, deviantart and on the emesene forums.

Themes are placed/extracted to your /home/USER/emesene_1.5/themes folder and selected from the preferences menu,