Canonical has, over the years, often talked about how it has improved the startup time of Snap apps yet, for many of us, those improvements have been …theoretical at best.

But in its latest ‘update’ on efforts being made to improve Firefox Snap performance the company may, at last, deliver a real-world speed boost to back those claims up.

Startup time of the Firefox Snap is up to 50% faster on fresh installs than before.

The first key improvement is courtesy of Mozilla developers who have tweaked the browser’s behaviour to only load one locale (aka language pack) on first start, based on system settings, rather than loading in all languages available.

A second speed boost comes by way of compression algorithms. Firefox uses libraries from the gnome-3-38-2004 and gtk-common-theme Snaps which, during launch, it has to decompress to access.

By switching the compression algorithm used from the slower XZ to the faster LZO (which is what the Firefox Snap itself uses) there’s an instant speed boost. Better yet, this change benefits all Snap apps that make use of these GNOME and GTK libraries, such as the Chromium Snap.

The next batch of startup time optimisation is going to look at multi-thread CPU decompression for Squashfs, software rendering, and pre-caching.

Want to see if it’s made an improvement on your system? You can install the app GNOME extension to measure app startup times on Ubuntu. 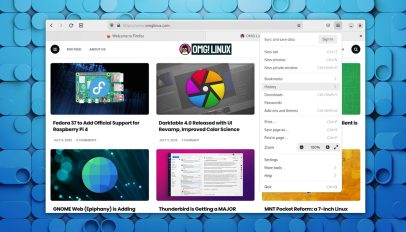