I know what you’re thinking: “Already?!” — and yeah: it does feel like such a recent release.

And yet its mandated nine months of support expires in a few weeks’ time. After this date those running the release will receive no more bug fixes, critical security fixes, or app updates.

As Ubuntu 21.10 ships with the Mozilla Firefox Snap app it’s likely Impish users continue to get new versions of the browser via the Snap Store, automatically, for some time yet. Indeed, one of the touted benefits of Snaps is that they allow users on unsupported versions of Ubuntu to continue using modern software.

But it’s not much of an incentive to hang back, and software from other vendors, repos, or sources may not be covered, either.

Ubuntu 21.10 was a notable release. As well as the Firefox Snap it was the first version to come with the GNOME 40 desktop (or more accurately, Ubuntu’s adaptation and modification of it). While not as polished and performant as the vanilla version found in other distros, it was a solid first attempt.

You can upgrade to Ubuntu 22.04 LTS from Ubuntu 21.10 without any hurdle-hopping. In fact, you’ve probably already received a notification that the 22.04 upgrade is available. And upgrading to Ubuntu 22.04 is a smart idea: it’s a long-term support release. You won’t have to upgrade again until 2027, not if you don’t want to.

Need a little incentive to make the leap? Check out this video. It whisks through the new and notable changes offered in Ubuntu 22.04 LTS: 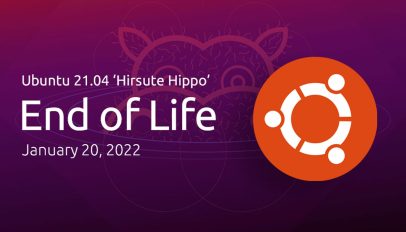