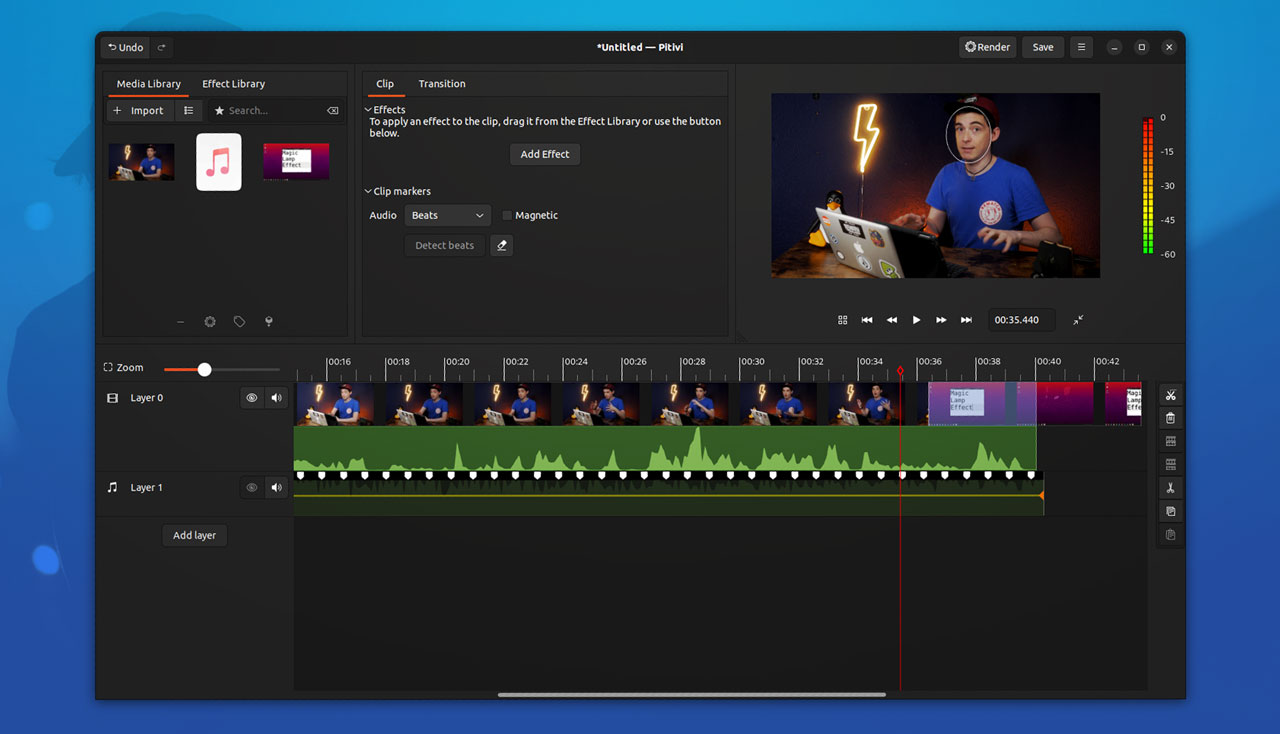 A new development version of Pitivi video editor is out and it boasts some major new features.

The GTK-based video editor is currently in the midst of a GTK4 port as part of this year’s Google Summer of Code but, happening alongside that work, is work on adding a slew of other features that would-be content creators will be keen to try.

Following OpenShot’s lead, the Pitivi 2022.06 milestone introduces object tracking. I had a bit of a play with this prior to writing this article. To track and object you click “cover object” in the clip options panel then draw out a area around the object(s , as you can track multiple ones) you want to track. Pick a track tracking algorithm and hit track.

However, this feature did crash the app a fair bit during my usage, but as this is a development release that’s not an unexpected surprise.

Pitivi 2022.06 also adds text border and drop shadow options to title clips, supports ‘source’ blending mode, and makes it easier to make a clip fade in/out using the compositing controls in the Clip properties panel (which add draggable key frames on to the clip in the timeline.

Resizing video clips using the on-screen controls now maintains the aspect-ratio of the clip in question when you resize from the corners. This should help cut down on any unintended squeeze/stretch clip distortion.

Another really cool new feature — and something not found in some professional-grade software — is beat detection. Editing to the beat of a music bed is a very easy way to produce slicker, and more professional looking edits.

Beat detection analyses the audio of a selected clip and adds markers for each detected beat. You can then flick on magnetic snapping to quickly arrange clips to the markers. Accompanying sound, there’s now an on-screen VU meter active during playback too.

Together these features add up to promising whole for this GStreamer-powered video editor. While there’s still plenty of work to be done — this is all pretty buggy — it’s exciting stuff, and fans of open source content creation will definitely want to keep an eye on this.

Pitivi 2022.06 is a development release. The easiest way to try it (without building it from source) is using the Pitivi development Flatpak repo, details of which can be found on the Pitivi website. 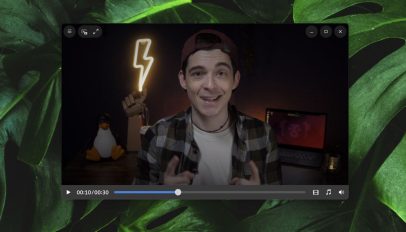