Any list of Linux video editors would be incomplete if it didn’t include Pitivi.

I have a real soft spot for this oft-overlooked GTK & GStreamer based non-linear video editor. It’s inherently stable, has a clean, ordered UI, and diligently focuses on ensuring the ‘basics’ of video editing (cutting, arranging, simple effects, simple transitions, etc) are catered for.

As it’s GTK-based means Pitivi looks right at home on GNOME-based desktops. But soon it will look even nicer as a GTK4 port of Pitivi is getting underway as part of this year’s Google Summer of Code.

Under the guidance of GNOME Foundation mentors, developer Aryan Kaushik is going to tackle the not-so-trivial task of updating Pitivi’s UI to GTK4. This effort could improve the application’s performance as well as its overall integration with more recent versions of the GNOME desktop that use the libadwaita stack.

“The scope is the entire Pitivi UI. It is using the GTK widget toolkit version 3 which needs to be updated to GTK 4 for better compatibility, consistency and just to keep up with time. I will work on updating the UI to GTK4 + Libadwaita by updating the Python and XML UI code and dependencies. This is one of the project ideas provided by the Pitivi team.”

Pitivi’s UI is not the only area of the editor set to get improvements this summer.

A separate GSoC project (also mentored by GNOME Foundation) will attempt to finesse the Pitivi timeline through bug fixes and code updates, and even introduce a couple of new features.

Pitivi is not as “well known” as Kdenlive when it comes to video editing on Linux, but I have always found it to be a competent, no-frills editor ideal for quick edits, simple projects, and a bit of basic exporting.

I’m excited to see if these planned improvements can come to fruition to enhance this (imo) essential video editing tool further. 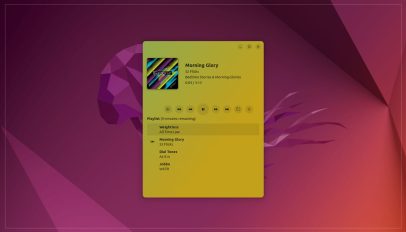 Doliu I think the mockups look fantastic, hyped for 114 when…
Thunderbird 102 is Out — And It Looks Amazing!

Korakys That's true, however a lot of people out there consider…
Linux Mint 21 Won’t Use Ubuntu’s Killer Memory Feature

Paulo Queiroz Thanks for writing this post about Black Box. I've been…
Blackbox is a GTK4 Terminal App With Creative Touches