The first alpha release of GNOME 42 is now available to download, so in this post I showcase some of the key changes it brings.

Now, this isn’t a fully detailed, commit-by-commit or blow-by-blow rundown of everything that’s been updated, upgraded, or even just tickled lightly under its hin. Nor is this a fancy showcase of the best new features in GNOME 42 — it’s way too early for that.

What this post is, is a quick overview of the most visible user-facing changes.

Oh, and whilst I’m in the mood for being boring I should remind you that this is an alpha release and that things WILL change. Nothing you see here is finalised, finished, or guaranteed to make the stable release of GNOME 42 when it pops out in the middle of March.

All of that dren out of the way, let’s get on to the interesting stuff.

There are a LOT of GTK4/libadwaita apps shipping in GNOME 42, many of which are already included, such as Files (aka Nautilus) 42 which has a number of major UX changes:

Depending on where you sample GNOME 42 Alpha you may see newly coloured folder icons:

Web 42 (aka Epiphany) is among a score of apps in this alpha that respect the prefers-dark-mode setting:

Additionally, the webkit-based browser updates the built-in PDF.js tool, adds a new network error icon, improves its syntax highlighting, and enables an accelerated compositing mode always. URLs can now be opened via desktop actions, the web app delete button is now red, and there’s been some cleanup in prep for a GTK4 port.

GNOME Maps also supports the new dark mode setting, tweaks its initial zoom levels, and can now show icons for u-turns in turn-by-turn direction mode. And a big one: GNOME Maps can now handle URLs (acting as a MIME handler for addresses):

GNOME Software 42 continues to refine its newer (and much more engaging) UI. App descriptions benefit from additional markup support, system update info is relayed more concisely, and ‘add ons’ once again show up where relevant. A crop of GNOME Circle apps are now promoted in the homepage carousel too.

Neither of these tools are are as fully-featured as the ones we’re more familiar with (Gedit and GNOME Terminal respectively) but are still good for basic usage — and Text Editor in particular has persistent saving, which is something I love in many macOS text editors:

There are naturally a ton of under-the-hood changes but with so many moving pieces I’ll save covering those until they’re a bit further along and we can talk about them with more certainty.

Devs aren’t finished yet, either. There are some potential big features to come, including a interactive new screenshot utility, firmware security panels in the Settings app and, maybe some changes to the way background are handled.

Do check out the full GNOME 42 Alpha change-log for reams more detail, and download the GNOME OS Nightly build to try it out in Boxes, the GNOME virtualisation app (though note that .iso is a hassle to run elsewhere).

GNOME 42 will feature in Ubuntu 22.04 LTS when released this April — but not all of it. New GTK4 ports of default apps like Nautilus will not be included, though GTK4 ports of non-default apps, like GNOME Maps, are likely to be available to install from the repos. 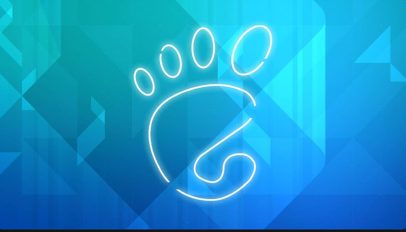