Hear that? It’s the sound of a cork popping off the latest release of Wine, the open source compatibility layer that lets Windows apps run on Linux.

The new Wine 7.0 release features a year’s worth of development distilled from over 9,000 changes. The goal? To serve you a bold bouquet that’s rich in improvements, new features, and advanced capabilities.

Since I don’t use Wine, and I don’t keep track of its development too closely (I am also not much of a gamer, which may explain this) a lot of the nuance and importance of changes like “Hit-testing stroked geometries using the Direct2D API” fly way over my head.

But were I to venture a brief surmise of the changes I might mention that Wine 7.0 now provides some of its components in the PE (Portable Executable) format; and I’d certainly want to shout-out the much improved theming in Wine’s bundled programmes thanks to the new ‘light’ theme (as on show in the hero image).

I’d also lean back, wave my hands, swirl the wine a bit, and say a few words on:

But since I’m not going to do of that, you’ll need to read the release notes yourself.

Those who use the Wine 6.x development releases will be familiar with most of the changes since Wine 7.0 is the culmination of them. That said, it’s always nice to have an official stamp of, er, official-ness on proceedings. I think I’ve drunk too much wine.

How to Install Wine 7.0 on Ubuntu

If you’re interested in sampling Wine 7.0 on Ubuntu, Linux Mint, or a related distro, you can do so relatively easily.

Full details can be found on on the Wine website and while they look a little difficult to follow, so long as you double check you’re using the right repo to install the right version you want (and you’ve installed any and all, and I mean all dependencies Wine needs) you’re good to go.

Also, and this often trips folks up: you WON’T see a shortcut for Wine (or any of its bundled apps) in your distro’s main menu by default. Everything is available (so you can manually create launchers) in the /opt/wine-stable directory (or -devel or -staging, depending on the branch you chose). 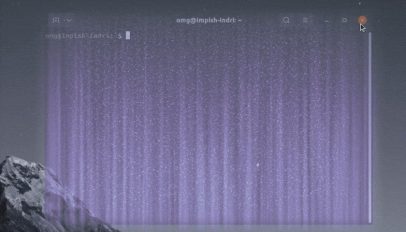