Pull on your testing pants folks ‘cos the Linux Mint 20.3 beta is now available to download.

Mint announced the development milestone on its blog, and the omg! tip box has been hammered with links to the Linux Mint 20.3 beta .iso from readers — which is appreciated! — so I felt I better pass the news on ASAP!

The final stable release of Linux Mint 20.3 is due before Christmas (possibly on the 18th or the 25th, according to internet chatter). This beta is intended for devs and bug hunters but gives interested users a sneak peek at what’s planned too.

Well, a fair bit — I’ll take a deeper look at Linux Mint 20.3 when the stable release arrives (Mint devs say they have some surprises planned).

What follows is a concise overview of the most striking changes I noticed when spending time with the beta this afternoon.

We’ll start with the change you can’t miss: the updated theme.

Linux Mint 20.3 gives itself a new look that uses — get this — less green! Minty tones are replaced with steely grey accents and tinting throughout the UI.

Additionally, the Mint-Y theme sports rounded window corners by default. This helps give the Linux Mint desktop (and the XApps that run on it) a pinch of modernity, and is no doubt at helping the distro keep pace with changing visual styles on other platforms.

You can get a good feel for how these changes sit by using the comparison slider above (if you’re reading from an RSS reader or a scraper site you probably won’t see this).

Sticking with visual changes, native Mint media apps (like Celluloid, Hypnotix, and the stock image viewer) now use dark themes by default. This change is consistent with other Linux distros and desktop environment (including Ubuntu and GNOME).

Cinnamon’s Calendar applet can now show calendar events. Multiple events on the same day can be displayed, including those synced from different calendars, such as Google Calendar and the Thunderbird e-mail client, alongside local events scheduled in the stock Calendar app.

Some of Mint’s other default apps get some updates. The PDF reader now pages in the right direction when reading manga; the image viewer is able to quickly fit to the width or the height of the displayed picture; and apps adapt to smaller display resolutions by hiding the menubar, not showing a toolbar in fullscreen, and so on.

Lastly, Linux Mint 20.3 includes a new document tool called Library (and codenamed ‘Thingy’). Library acts as a centralised front-end to see all of your favourite .pdf files irrespective of their exact location on your system. Mint devs do plan to extend the file formats compatible with the app in future releases:

Mint’s new Library app is also able to keep track of reading progress. While it’s not quite as advanced as dedicated Linux ebook read apps like Foliate, it’s a similar approach.

Eager testers will be able to download Linux Mint 20.3 Beta this week. The impatient can unwrap it a few days early from your preferred Linux Mint download mirror.

Be sure to let me know what you make of this release (in particular Mint’s theme changes) down in the opinion void! 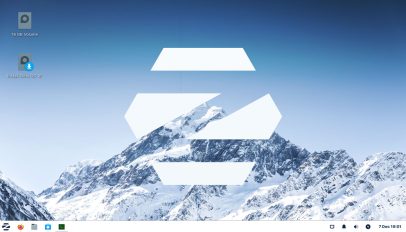