The latest update to the Ubuntu-based Linux distro comes with a number of new features, user-interface improvements, and bug fixes. Linux Mint say the “refinements […] make your desktop even more comfortable to use.”

Linux Mint 20.2 “Uma” is based on Ubuntu 20.04 LTS (and despite it now being the year 2021 the version number stays 20.x, as that’s the series this is part of). This releases uses the Linux 5.4 kernel, though the HWE kernel currently based on Linux 5.8, and the newer Linux 5.11 are available to install.

At the heart of Linux Mint 20.2 is the Cinnamon 5.0 desktop environment.

Cinnamon 5.0 uses less memory than earlier versions thanks to a clutch of important memory leak fixes. You can also set a memory limit to control how much system memory Cinnamon can use while running. If the desktop reaches the limit you set (minimum value: 2014 MB) it restarts itself.

Mint devs also add improved search features to ‘Nemo’, the Cinnamon file manager. As well as searching file names the file manager is also able to search file contents for matches. It supports regular expressions and recursive folder searches, and can be configured to show favourited files first in results.

Dual-pane mode in Nemo can now be toggled on/off using the F6 key.

Other changes in Linux Mint 20.2

It’s now possible to update Cinnamon Spices (the name for applets, desktop widgets, themes, and other extensions for the Linux Mint desktop) using the Update Manager tool. This should help ensure users are always running the latest version of their preferred add-ons – or are at least aware that updates are available.

Improved update notifications feature, picking up a number of new behaviours. Linux Mint 20.02 decreases the frequency of update alerts after updates have been installed, and providing users with more options to hide and configure notifications about updates in general.

“By default the Update Manager also only counts security and kernel updates as being relevant for notifications but you can change that in the preferences,” the team adds.

Last, by not least, the Update Manager can now be used to manage Flatpak update preferences (i.e. disable it). Flatpak updates are paused (i.e. not applied) when a device is running on battery. Linux Mint comes with Flatpak and Flathub, the de-facto Flatpak App Store, enabled by default.

A new version of ‘Warpinator’, the file transfer tool (which now supports Android too) allows you specify which network interface to use for file sharing.

Finally, the “NVIDIA Prime applet” (don’t let the name fool you) now lets users with switch between onboard and discrete GPUs for AMD chipsets.

The system requirements to run Linux Mint 20.2 remain fairly modest, asking for a minimum of 2 GB RAM, 20 GB storage space, and a 1024×768 resolution. Using it on hardware above these values will, Mint say, result in a more ‘comfortable’ experience. 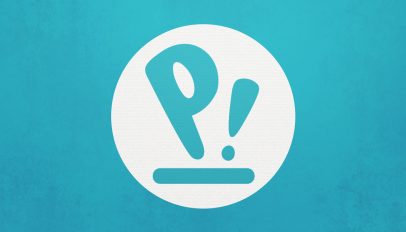