The first stable release of Sublime Text 4 is now available to download.

“We’ve worked hard on providing improvements without losing focus on what makes Sublime Text great. There are some new major features that we hope will significantly improve your workflow and a countless number of minor improvements across the board,” the team behind the app say of its release.

Read on for an overview of the key changes, or skip to the download section to learn how to try Sublime Text 4 for yourself.

For me, the headline feature of Sublime Text 4 is that you now view two tabs files side-by-side using the tab multi-select features plumbed in throughout the UI. For example, just ctrl and click on two tabs in the tab strip or two project files in the sidebar to instantly see a side-by-side view of them.

Sublime Text’s auto-complete powers haven’t been as polished as other editors – something this release corrects. The editor’s auto-complete engine has been rewritten to provide context-aware autocomplete suggestions based on the existing code within your project — handy!

The syntax highlighting engine uses less memory to do more in this update, with its new features including non-deterministic grammars, multi-line constructs, and syntax inheritance.

Linux specific improvements include support for text drag and drop; Wayland; touchscreens; and copy/paste to/from apps which don’t support utf8 text. The app also uses vsync for animations instead of a fixed 60hz.

These, and several other changes at a glance:

You can download the latest release from the Sublime Text website, though Linux users may prefer to add the official Sublime Text repo as outlined in our post on how to install Sublime Text on Ubuntu.

Sublime Text 4 works with Apple’s M1 processors and 64-bit ARM Linux builds (so yes, it now works on the Raspberry Pi, PineBook Pro, etc). It drops compatibility with Windows XP and Windows Vista PCs, and versions of macOS prior to OS X 10.9 Mavericks.

Sublime Text 4 is cross-platform, closed-source software available for Windows, macOS and Linux. Although Sublime Text can be used for free you are supposed to buy a license to use it longterm. I say ‘supposed’ because the evaluation period is effectively never ending…

Starting with this release Sublime Text license keys — which cost $80 — are no longer linked to a single version but now valid for all versions released within 3 years of purchase. After this period users can continue using existing/older builds with your license key, but will need to buy a new license to use versions released outside of the original purchase window.

Sublime Text not for you? A wealth of free Sublime Text alternatives exist, many open source and available natively on Linux, with Atom, VSCode, Gedit, and Vim all especially popular. Share your preferred editor down in the comments. 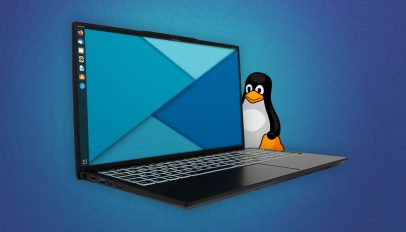