Microsoft Edge for Linux is now in beta.

Yup, you read that right: beta.

In the six months since its Linux debut, Microsoft has dutifully updated Edge for Linux weekly, most notably adding cross-platform sync support back in March. With today’s upgrade to beta status Microsoft Edge lurches a step closer to a stable launch.

“The Beta channel is the most stable Microsoft Edge preview experience. With major updates every 6 weeks, each release incorporates learnings and improvements from our Dev and Canary builds,” says the Microsoft Edge download page.

The sheer existence of Microsoft Edge for Linux stirs up a lot of …passion. Advocates see its presence on Linux as validation of it being a viable desktop operating system. Others, however, are wary and cynical, unsure as to the motivations behind Microsoft’s sudden embrace of a platform it once considered ‘the enemy’.

Me? I’m chill. I’ll always take having the choice to not use something over no choice to use it at all.

Indeed, Microsoft Edge is a competent alternative to Chrome and Firefox on Linux. It’s fast, it’s relatively stable, and it boasts enough unique features, adaptations and integrations to rise above any cheap jibes about it being just a Chrome clone.

Now that Edge for Linux is in beta you may feel more compelled to give it a go. You can read our guide on how to install Microsoft Edge on Ubuntu, or head over to the Edge insider site to grab an installer for Ubuntu:

Home » Apps » Microsoft Edge for Linux is Now in Beta 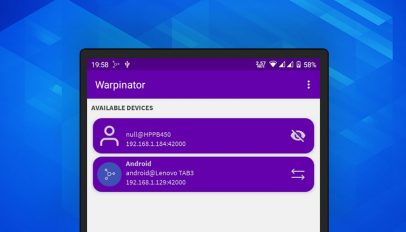