NextCloud users mulling an upgrade to Ubuntu 21.04 might want to hold off for a few days, as the NextCloud available in the Ubuntu archives is currently broken.

And we’re talking “totally fails to start at all” broken here which is a bit of a road block when it comes to accessing files on your own “personal cloud” service!

The good news is that a fix is on the way.

An updated NextCloud package that works as intended on Ubuntu 21.04 landed in the hirsute-proposed repository roughly three minutes after I hit the ‘new post’ button. Now that’s what I call efficient!

If you already made the leap to Hirsute you have a few choices. You can wait for the bug-fix to filter down through the regular update channel (not firm ETA for that as things need to be tested).

Alternatively, as Martin Dørum suggests in a post on blog, you can switch to using the NextCloud AppImage:

“In my experience, [the NextCloud .AppImage] picks up your existing nextcloud and Just Works™,” he writes.

“However, it won’t be as well integrated with the system as the normal nextcloud-desktop package is. It won’t be available through the Applications menu or the launcher, and you have to keep track of that nextcloud AppImage file. It will also be a bit slower to launch than normal.”

When the fixed build of NextCloud lands in your update tray you can go ahead and delete the .appimage and switch back to using the repo version, as though this buggy blip never happened.

The cause of the issue isn’t down to anything nefarious. It’s a build-time option specific to AMD64 builds as the ARM64 packages are not affected. The issue isn’t catastrophic either, so if you’re reading this in the process of an upgrade you’re not going to lose your NextCloud files or settings or anything!

Still, figured some of you may want to know!

Home » News » NextCloud is Currently Broken in Ubuntu 21.04, But a Fix is Coming 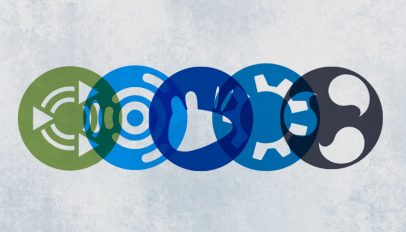 Ubuntu 21.04 Flavours Released, This is What’s New
Read Next