Fair warning reader: this post has nothing to do with Ubuntu, or even Linux for that matter.

Instead, the following 600 words are about a promising (new to me) FreeBSD distro and why it left me rather excited about its potential.

So, for the duration of this ramble I’d appreciate you pretending it’s 2008 and this site is still called ‘FYIDYK’ — this was the forerunner to omg! with a worse acronym and a ‘cover everything’ attitude!

In this post I look at what this distro is, what it isn’t, and what it hopes to become. Plus, I share a link to download an install images (warning: experimental) so you can try it out for yourself.

A number of FreeBSD-based “distros” — I don’t know if there’s a different term for BSD flavours, so I’m rolling with this — are available but the first to catch my attention is called helloSystem.

This project was the subject of a talk at the recent FOSDEM event, and it’s that talk that pole-vaulted the project in to the eye-line of bloggers like myself.

What helps helloSystem stand out (to me, anyway) more than its ‘unique’ UI is its ambition. Devs working on helloSystem want to create “a desktop system for creators with focus on simplicity, elegance, and usability” built atop FreeBSD, an open source Unix-like OS.

Now, FreeBSD is a strand of computing I’ve never played with, not even during the exuberant and overreaching “FYIDYK” years. OpenSolaris? Oh yes! ReactOS? Roger that! But BSD? Still TBD, at least for me.

For me, new unexplored tech territory is exciting. And if Ubuntu is ‘Linux for human beings’ then helloSystem is close to being ‘FreeBSD for Mac switchers’.

There is no getting away from the fact that helloSystem is part cool project, and part homage to the classic era of Cupertino’s celebrated computing export (aka Mac OS X) Like Apple, these FreeBSD devs want to offer an “out-of-the-box user experience” as simple and fuss-free as mid-2000s Mac.

“One objective for helloSystem is to be both easy to use for “mere mortals” yet powerful under the hood for advanced users, a combination that had been skillfully mastered in the first releases of Mac OS X,” the GitHub page blurb reads.

“The question is, can we take this objective of being easy but powerful but take it even further than Apple ever did?”.

It’s perhaps a but too early to answer that question. This project has bold ambitions for the future but humble roots in the present. Right now there are too many rough edges for it to function as anyone’s daily driver.

But it is coming together.

The system uses OpenZFS as its default file system, and has a custom Qt-based desktop (helloDesktop) sporting traditional windowing, a (basic) desktop dock, a unique global menu plugin (think HUD, but system wide), and right-aligned desktop icons and file manager (based on PCManFM).

Hello also comes with access to a range of apps, including LibreOffice, GIMP, and Chromium. Falkon is the default web browser, while a Qt-based text editor and Terminal are included for those who need them.

Neither the OS nor its desktop are “production” ready at the time you read this. Which brings me to the point of why I’m covering it at all.

I’m not expecting helloSystem to be the next big thing™, nor do I see it taking FreeBSD to heights that other *BSD projects haven’t.

But this project reminds me why I began experimenting with Linux and other systems in the first place: the thrill of potential; exploration without precondition; the bristle of possibility that open code (and open code alone) affords.

You can download alpha releases of helloSystem from GitHub.

Do read over the official help docs for assistance on getting it to boot in a virtual machine (which will need at least 4GB RAM, more than VirtualBox’s default). 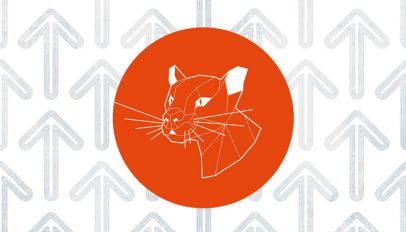