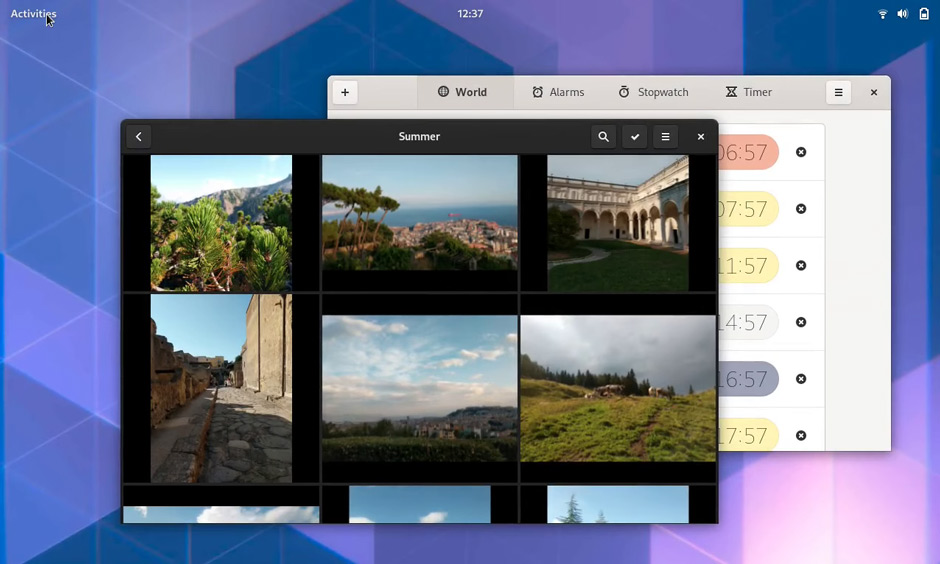 Big changes to the way GNOME Shell users open and manage apps and workspaces are coming in GNOME 40, due for release next spring.

Several major user experience and design changes are planned, all aiming to improve the form and function of the “Activities” overview, aka the on-demand workspace accessed by clicking the ‘Activities‘ text button on the top bar in GNOME Shell.

And the new design is a dramatic one.

Concept images of the proposed changes have been shared by the GNOME desktop team. These illustrate the shift in spatial positioning devs feel is required to deliver ‘intuitive navigation and orientation’.

An empty desktop is the first thing users see in a vanilla install of GNOME Shell — remember: Ubuntu ships a customised version. There are no visible cues, save for icons in the top bar, on where to launch apps or how to manage windows. A user has to “discover” the Activities button, which also houses the Dash, and work out the rest from there.

Instead of a blank desktop, GNOME 40 greets users with the Activities mode, which is replete with with (new) horizontal workspace switcher, (new) horizontal Dash (or favourites bar), plus visible search bar.

When an app is opened (or a workspace clicked) the screen “zooms” in to put the user in front of their selected task/workspace. The Activities screen is accessible at any time, as now.

When a number of apps are opened it looks like this:

Interaction remains as rich as it is now; users can drag and drop app windows between workspaces (and presumably create new workspaces on demand). Window titles also appear on mouse over so that you can be absolutely sure you’re picking the window you want.

The “Applications” grid is launched by clicking the grid icon in the Dash. But, like much of the UI, it now pages horizontally. GNOME devs have consciously layered this navigational consistency throughout the whole of the app switching UI. Left/right to move, up/down to transition/zoom.

Other functionality, such as as-you-type search, access to search providers, app reordering, and customisable app folders remains in tact.

I’m reassured to see the Dash remains present in these new mockups. GNOME’s design discussion has, in the past, intimated that the dock is perhaps redundant. Such a bold move to the UX would be controversial, but not without its own reasoning.

There is a spot of functionality missing in these mockups. For instance, when applications are open you’ll notice that they are NOT presented in the Dash as running apps, i.e. with a status dot. Does this mean the Dash is now just becoming a favourites bar and not a way to manage running apps? We’ll learn more as work continues.

System76 were apparently involved the research resulting in these GNOME 40 plan. This isn’t a surprise since System76 ship a modified version of GNOME Shell desktop in Pop OS — a distro that has won many plaudits for its alterations and add-ons, and for its power-user focused workflow.

GNOME 40 is due for release in March, 2021. The design changes seen here are aimed at that release but not guaranteed to ship. Things may, naturally, change as development and implementation takes place.

But if all goes to plan the redesigned Activities experience showcased here should feature in Ubuntu 21.04 ‘Hirsute Hippo’, which is due for release in mid April, 2021.

Edit: An earlier version of this article mentioned support for per workspace wallpapers. Developers have since said this is not a feature in the current plans. 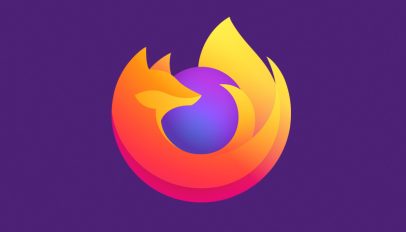 Firefox 84 Released, Enables WebRender by Default on Linux
Read Next