For an easy way to stay on top of your tasks and to-do lists in GNOME Shell check out Task Widget.

Task Widget is an open source GNOME extension that shows your to-do list embedded in the GNOME message tray (also known as the calendar or notification shade). This widget area displays your pending to-do items, and lets you check off tasks as you complete them.

Task Widget is is able to integrate “…with GNOME Online Accounts and a number of GNOME applications, such as Evolution and To Do” but it is is not, by design, intended to replace any of those apps or services.

Or to put it another way: it’s not a standalone task manager or to-do app. You can’t, for example, add a task from the widget area, or edit one either. You can only mark a task as done (or unmark it as done).

Instead Task Widget provides a heads-up way to get an overview of the things you need to get done while you’re doing stuff, with no need to switch between apps.

It also has a small settings panel with options to

An option to place the task widget underneath the calendar, like the weather and world clock widgets, rather than beside it would be my one main ask of this. On smaller devices (like my tiny MicroPC) the default behaviour looks a bit imposing and unwieldily.

In short, Task Widget is a logical extension (pun intended) of the no-frills GNOME To Do app (this is the only app I tested it with, though any service that GNOME Online Accounts or Evolution Data Server support should work too).

Task Widget is free, open source extension compatible with GNOME 3.36 and GNOME 3.38. Source code is available on Gitlab, and the add-on itself is available from the GNOME Extensions website:

You do need to install a number of dependencies for the extension to work on a standard Ubuntu install:

If you install these are still see a “loading…” label in the message tray you should restart your GNOME session (logg out and back in or press alt + f2 and run r).

There’s a well documented wiki page with more details on how to use this extension, how to build it from source, troubleshoot errors, and so on. 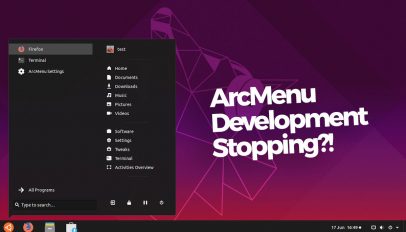 lestcape I don't said anything of that. I said that when…
This GNOME Extension Measures How Long an App Takes to Open
250k 150k 58k 12.2k