If you passed on checking out my GPD Micro PC review earlier in the week — no worries; it is rather long! 😉 — the bite-size video overview I put together alongside it might be more to your interest.

In it I tackle the GPD MicroPC with Ubuntu MATE 19.10. I touch on the same points made in my full text review, but with the added bonus of moving images to illustrate my points, rather than words.

Y’know: I didn’t actually intend to make a video review of this device at all. In fact, the last “hardware” review I did in video form was the long-forgotten System76 Sable Complete “all-in-one” PC — and that was a crazy long 6 years ago!

And that was only ever my second hardware review; prior to that was this condensed “review” of a System76 laptop:

So, as you can see, making videos about “devices” is not something I’m that used to doing. Yet weirdly the moment the itty-bitty GPD MicroPC landed on my desk all I could think was: “Man, I gotta film that.”

I figured that making a video for the sake of making a video would be a useful way to blow the dust off my long-rested video making skills — trivia: aside from the Ubuntu release video I make every six months, I rarely make videos at all because the feedback I get is horrible! 😅.

Relatedly, the GPD Micro PC review serves as the “final” omg! video to be made using my current — soon to be old — set-up: a Canon T2i/550D, a broken tripod, and no real plan.

This “wing-it” combination has been served me well for pretty much every YouTube video I’ve made since 2011 — but things are a-changing!

If I’m able to make more hardware videos in the future — massive shout out to GPD for sending me a review unit (many well known Linux hardware companies go out of their way to NOT tell us anything) — there are a few things I’d do differently.

I’d definitely up the run time. Three minutes is basically three seconds when you’ve got a lot to cover.

And from watching other videos, 8-10 minutes seems like the sweet spot. Let me know your thoughts on runtimes below.

I also think I need to pluck up the courage and put myself on screen for short chunks. This isn’t because I love myself (sorry, /r/linux) but because it’s actually quite difficult to generate enough interesting b-roll to waffle over. It’s simply easier if I can just cut to my waffle when there’s no “interesting” way to illustrate what I’m talking about.

Shoot: this post has turned into more of a post-editing catharsis rather than a simple “hey I made a video, please watch my video, thanks” which is pretty much all I intended to say when I hit “New” in the WordPress dashboard was. 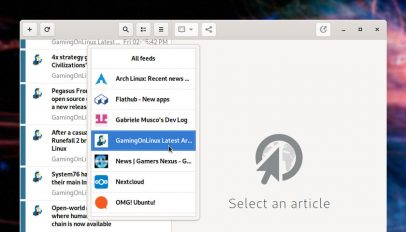