A year after it was announced the PineTab Linux tablet is now available to preorder at the (really rather attractive) price of just $99. 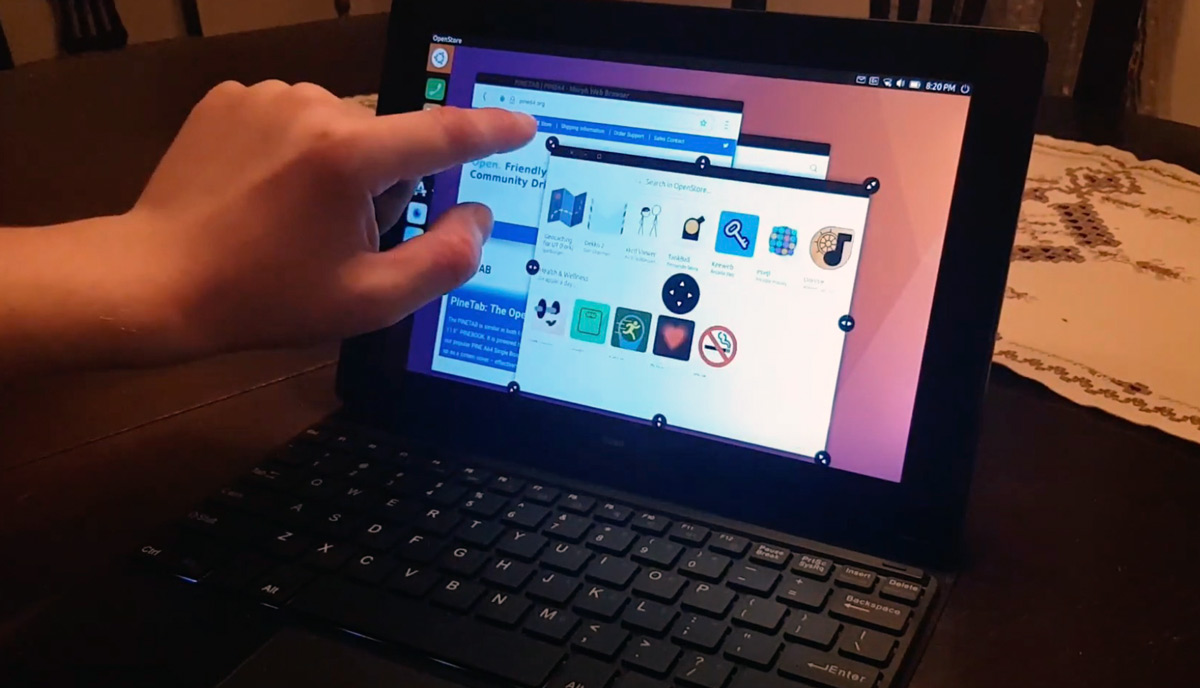 This price point is a little higher than the $79 figure Pine64, the company behind the PinePhone Linux phone and PineBook Pro laptop, had been aiming for.

But there are some modest improvements to the overall fit, form and function of the Linux-powered slate to account for the modest price rise.

Plus, buyers who pay an extra $20 can get a PineTab complete with a matching magnetic backlit keyboard and touchpad folio.

Specs wise the PineTab is based on an AllWinner A64-based chipset (the same one used in the PinePhone) and is paired with a (rather mediocre) 2GB RAM.

But you weren’t expecting high-end performance from a low-cost device anyway, right?

Solid connectivity is catered to by way of onboard Wi-Fi and Bluetooth, plus an expansion port for an (optional) LTE module further down the line.

Tablet photography isn’t really a thing but the PineTab offers rear and front-facing cameras anyway. No word if, as on the PinePhone, the cameras actually work yet though 😆.

The device comes preloaded with Ubuntu Touch. Alternative Linux operating systems are available and may be more useful/familiar if you want to run regular desktop Linux apps. See a list here.

Heck, you can even run GNOME Shell 3.36 on the PineTab with postmarketOS — aside from being fun this will let you test the oft-repeated claim that GNOME Shell’s design is “too touch-orientated” these days 😉!

The device also has speakers and a built-in microphone, plus a volume rocker and ‘home’ button on the side for ease of use.

You can buy the PineTab directly from Pine64 using their online store. Prices start from $99 for the tablet on its own, and goes up to $119 for the tablet with magnetic keyboard case/stand. Note: these figures do not include any shipping fees or import costs (which you may or may not need to pay depending where you live).

Orders are expected to ship towards the end of July.

Pine64 caution that anyone who might consider dead pixels on the LCD ‘a minor dissatisfaction’ should NOT order the PineTab.