The GNOME connection is even evident on the desktop thanks to the increased use of libhandy, an open source library that helps developers craft responsive GTK apps e.g., Lollypop,). These look like proper desktop apps on a regular screen but squish down nicely when used on a mobile one.

What do both a phone and desktop have in common? A camera!

GNOME design team’s Tobias Bernard, who works at Purism on the UI and UX, has shared some early mockups of a possible future GNOME camera app for use (presumably) on the Librem 5 phone.

Now, I reckon most of us would have forgiven a lazy port of Cheese with a punch of libhandy in the mix. But the camera app proposed by Bernard is entirely original — and looks all the better for it:

Remember: mockups are not code and are subject to change prior to being implemented (if implemented at all). What you see is WIP.

It’s been a fair while since I last used Ubuntu Touch so I can’t really recall how good (or bad) the camera app on Ubuntu Phone was, but the UI in this mockup looks much better than it did.

Not that a phone is the only place where you might need to use a camera app.

Accordingly, desktop and tablet ‘faces’ for this camera app also feature in the mockups:

I find it encouraging that GNOME’s designers are thinking about a tablet form factor too.

The PineTab is due for release later this year (and will be the first real Linux tablet, period). With phosh already ported to and running on the PinePhone it’s possible that the PineTab might see some sort of GNOME ‘tablet’ port too — and with apps like these available, it’d be well placed to take advantage.

What would you expect from a Linux camera app?
Dev News gnome librem5 mockups Tobias Bernard 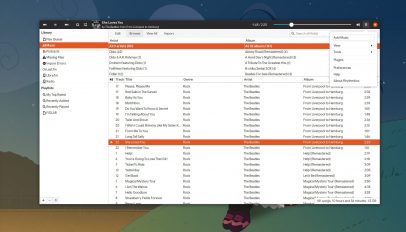