The Unity desktop is no longer the jewel in Ubuntu’s crown, but the much-loved shell is still out there, sparkling.

And no, I don’t just mean on the desktops of those still running Ubuntu 16.04 LTS.

Now, I’m not particularly clued up on my anime (more a tokusatsu guy myself) but Alex (aka BabyWogue) is a fan of the genre.

And in recent episodes of “Rikei ga Koi ni Ochita no de Shoumei shitemita”, a new adaptation of the popular manga of the same name, Alex spotted something familiar… Something that will be of particular interest to sites like mine: the Unity desktop!

As you can see in the screen grab above, this is the actual Unity desktop, drawn by actual hands, and appearing in actual televised anime. Ubuntu logo, LibreOffice icons, default wallpaper, even the old ‘spiky’ session menu logo.

It’s a pretty unique turn up for a desktop that was effectively abandoned back in 2017 (and this anime was created in 2019, well after that news had sunk in).

Helpfully, Alex has compiled the two Unity-related excerpts he saw in the series in the following short video. This saves you (and me) the need to subscribe to Crunchyroll or whatever service the cool kids watch things these days:

Apropos of nothing, granted — but pretty cool nonetheless!

Wondering what the context for its appearance is? Well, that I can’t answer specifically. But the anime is a romantic comedy about two scientists…

If any of you follow the manga that this series is based on I’d love to know if this is a faithful adaptation, i.e. if Unity appears in the books! That would be even more amazing.

It remains to be seen whether Ubuntu’s “new” default desktop (GNOME Shell + Ubuntu Dock) will leave as much of a cultural wake as Unity has. If you do happen to spot it out “in the wild”, be it on tv or in print, do let us know about it via our tip form! 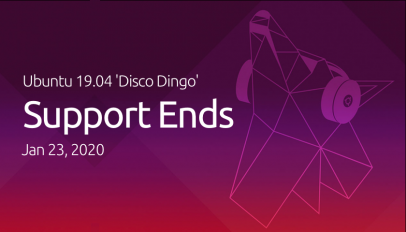