Fans of open source hardware will soon have a new Linux laptop to lust over: the MNT Reform.

Every single inch of this uniquely positioned notebook has been designed to be as hacker, user, and open source friendly as possible.

It also boasts some seriously unexpected touches, like a mechanical keyboard, a 5-button trackball, and an system-independent OLED display to relay information.

In this post we take a closer look at what the hack-friendly MNT Reform laptop has to offer, why it’s designed the way it is, and where and when you can buy one for yourself. 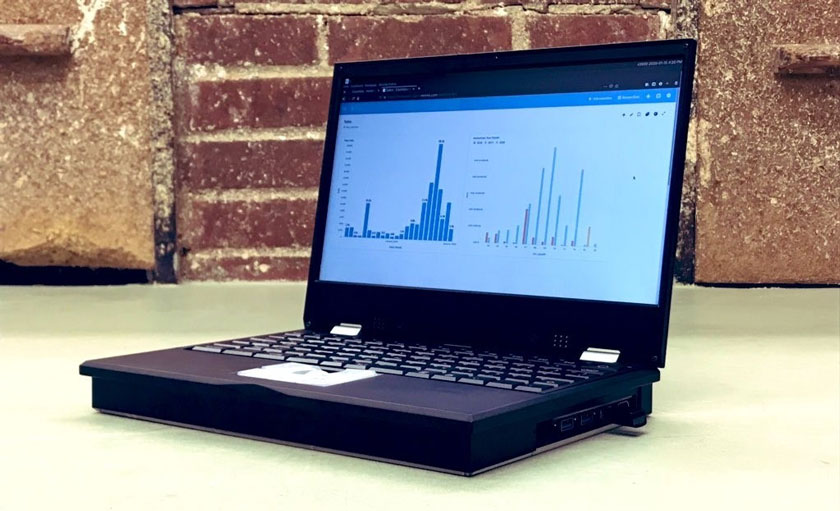 Let me stress up front: the MNT Reform specs will struggle to blow the smallest socks off the smallest mouse — but that’s not necessarily a bad thing; raw performance of one component is not the real “sell” here, the complete package is.

And what a ‘complete package’ it is.

Designed with customisation, repair and longevity in mind the MNT Reform laptop can be amended and appended with 3D printed parts. It has a hard-wearing aluminium case, and a long-life battery that is user-replaceable.

Almost all of the firmware, hardware and software on this laptop is free and open source. Saved for a bit of non-ARM firmware at the start of boot, there are no binary blobs in use.

Admittedly the hands behind the 12.5-inch notebook have had to make a few “interesting” hardware choices to achieve this, but it ensures that the end product is as open as possible, with the least technical inconvenience as possible.

For instance, the 12.5-inch IPS display is powered via a DSI to eDP bridge because the built-in display solution requires closed-source firmware. All of the drivers involved in this nifty bit of conversion are open source and supported in the mainline Linux kernel.

Sitting at the heart of the MNT Reform is an (alas, non open) Nitrogen8M SoM. This ‘system on a module’ features an NXP i.MX8M processor (quad-core ARM Cortex A53, running at 1.5 GHz) with a single ARM Cortex-M4F real-time core, and Vivante GC7000Lite 3D graphics.

Trivia: The chip used in this laptop is based on the same design as that used in Purism Librem 5 Linux smartphone.

Will this chip deliver a flawless “desktop class” experience? No, but there are plenty of Raspberry Pi 3’s out there with the same CPU, powering experiences that allow folks to ‘get real work done’ all the same.

System memory is a functional 4GB LPDDR4, but there’s no “on board” storage in the SoM as provided.

Internally the motherboard has a 200 pin SO-DIMM edge connector with USB, PCIe and other ports available (meaning you can add-in storage — indeed, it will be sold with some).

External (i.e. user facing) ports includes power, ethernet, a 3.5mm audio/mic comobo jack and full-size SD card slot (which is bootable) on the left-hand side, and 3 USB 3.0 ports on the right hand side.

The machine also boasts a full-size HDMI out port but this is non-functional by default as it requires a firmware blob (which is available, should you want to make use of the port).

Truly Private: No Webcam or Mic

To properly protect privacy the Reform doesn’t have a microphone or a webcam; this device cannot hear you and it cannot see you. If you need those capabilities, there are ports that help provide them (don’t worry music fans: there are 1W stereo speakers).

But the unique elements don’t stop there. The MNT Reform boasts some seriously nerdy device functions that I’ve not seen offered by many other laptop.

For instance, there’s a 5-button trackball instead of trackpad (though a trackpad option will be available), and an 80-key low-profile mechanical keyboard with split space bar (to allow for the aforementioned trackball).

Above the keyboard sits a small, rectangular OLED panel a mere 128 x 32 pixels big. This panel can be configured to show information like battery life even when the OS is powered off. Developers are (naturally) encouraged to extend on the capabilities of this.

Unlike a traditional laptop battery, which is powered by a lithium-ion slab, the Reform is powered by 8 individual LiFePO4 18650 battery cells. These aren’t the most obvious choice but can be replaced individually, one cell at a time, at a cost of less than $3 each!

Where I buy the MNT Reform?

The MNT Reform isn’t new. Concept, iteration, prototyping, and development of the device has taken place over the past few years. So if you’re particularly into the Linux maker scene you might have already caught wind of this.

However, MNT Research GmbH, the Berlin-based company behind this device, have now settled on a finalised set of designs and specs, and plan to launch a crowdfunding campaign to bring it to life.

The MNT Reform crowdfunding campaign will launch in February. We do know (via a blog post) that the Reform will be available through a variety of tiers/options, including:

Well that’s yet to be revealed.

But do be prepared for something north of what the $199 PineBook Pro costs. A lot of the elements being used to make up this device are pretty niche and unlikely to be procured in bulk or manufactured cheaply.

Price dependant, the MNT Reform offers an interesting ethical computing option that is likely to appeal well beyond its core audience of folks who value every letter in the popular FOSS acronym.

Home » News » Is the MNT Reform the Most Open Source Laptop, Ever? It Comes Close! 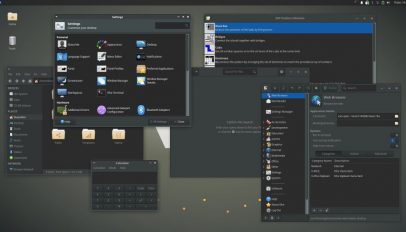 Xubuntu 20.04 Will Include a Dark Theme
Read Next