KDE developers are keen to ‘learn’ more about how people use the Plasma desktop, the hardware they run it on, and the features they enable.

So, to help fill in the knowledge gap, KDE is including a new feedback tool in the upcoming KDE Plasma 5.18 release, due in February.

Now, before anyone gets antsy about it, let me stress that this new data collection feature is strictly opt-in (just like Ubuntu’s system reporting). It’s also up to distribution maintainers to decide whether to package the relevant module as part of the Plasma desktop.

But the system info and usage statistics sought will be incredibly useful for developers, as KDE’s Aleix Pol Gonzalez explains: “Knowing the kind of things [Plasma] users care about and use sheds light on what needs polishing or improving.”

“At the moment, the input we have is either the one from the loudest most involved people or outright bug reports, which lead to a confirmation bias.”

Data collected part of the “User Feedback” feature is “anonymous” and “unidentifiable”. Furthermore only information that pertains directly to improving the system will be gathered.

For any data to be sent any place the user must explicitly agree to it — and that permission can be adjusted on a granular scale, as the screenshot at the start of this post demonstrates.

Aleix is hoping that KDE users will choose to opt in, describing it as “another way […] you get to contribute to Free Software.” 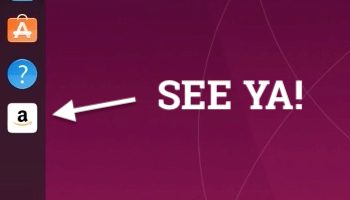