Firefox 71 is now available to download — and this update arrives with some pretty interesting new changes in tow.

Among them: native MP3 decoding on Linux, Windows and macOS systems. This is a particularly big feature and is made possible by patents on the MP3 technology expiring.

For Linux users, this changes means that Firefox does not have to rely on third-party packages like gstreamer to play mp3 content (e.g., a podcast) in the browser.

The Lockwise password manager (requires a Firefox account) gains support for subdomains and makes breach alerts available to those using the browser with a screen reader enabled.

Another feature in Firefox 71 is the new Kiosk mode aimed at enterprise users. Launching Firefox with the  --kiosk flag at the command line will open the app in an immersive fullscreen mode.

Though most never have reasons to look at it Mozilla has spruced up the look and layout of the about:config page, reimplementing the entire section in HTML5.

Now, rather than intimidating users by thrusting a tonne of config options in their face, the page has a lighter, cleaner start page with options hidden behind a “show all” button by default.

Windows users get support for Picture in Picture mode in this release. The feature, which Google Chrome already offers, allows web video to be played in a “pop out” window that floats on top of other windows and can be repositioned on the screen.

Mozilla say macOS and Linux users will get Firefox picture in picture mode in the next stable release, due January 2020.

For even more details on what’s changed do check out the full Firefox 71 release notes.

Using Ubuntu, Peppermint, Zorin OS, Linux Mint et al? You can upgrade to Firefox 71 using your system’s update manager tool at some point in the next few days. 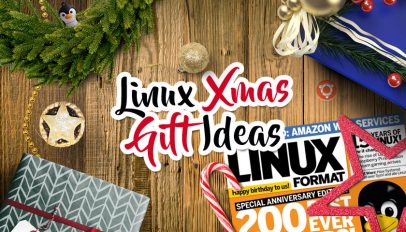