Microsoft Edge is coming to Linux desktops, it has been confirmed.

News that a Linux port of the Chromium-based Edge browser won’t be a massive surprise to Linux users given that Microsoft developers have teased the possibility several times before.

Microsoft has gone from describing Edge for Linux as “something we’d like to do” to something that said would happen “eventually”. They then launched a survey to scope out feedback on the idea from existing Linux users.

And now: Edge for Linux is official.

Announced during its “State of the Browser” session (around the 8min 24 mark) at the Ignite conference in Orlando, USA, Microsoft say Edge for Linux will be released sometime in 2020.

Update: Microsoft Edge for Linux is coming in October

That said, it may be closer than you think. Microsoft Edge for Linux was spotted during May’s Build 2020 event.

When Microsoft announced it was rebuilding its Edge browser on top of Chromium the chance of a native Linux port increased substantially, due to the cross-platform nature of the codebase it now uses.

But Microsoft isn’t just taking Chromium and slapping a new logo on it; it’s also getting involved. Microsoft Edge is an active and contributing member to the Chromium open source project (ergo work done for Edge can, in turn, benefit other browsers, including ones you might want to use).

We’ll be keeping our eyes fixed on the Edge Canary and Dev channels for any sign of a Linux build and, naturally, give you a heads the moment it’s available for testing.

But the big question is: will you use it? 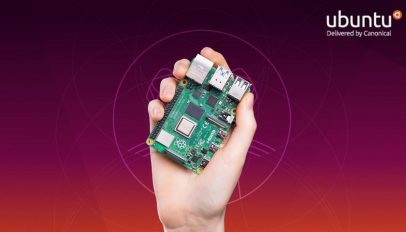 Ubuntu Publishes Support Roadmap for the Raspberry Pi 4
Read Next