If it feels like only yesterday that Firefox got a new logo it’s because, comparatively speaking, it pretty much was — it was only last year.

But before any of us have had time to get used to that new logo, Mozilla has only gone and unveiled another new logo for its famed browser.

Yes, say hello to Firefox — this time with family in tow.

Mozilla took the shrink wrap off the icon that will represent Firefox’s parent brand going forward. Think of this as the umbrella under which Mozilla’s growing brood of services and apps can huddle together.

But it doesn’t stop there.

Alongside the parent brand Mozilla also debuts a brand new logo for the Firefox browser proper, as well as logos for several of the browser off-shoots, like Firefox Send and Firefox Lockwise (formerly Firefox Lockbox).

Keen to learn more about the whys of the revamp? You’re in luck; Mozilla detail the new branding in an expansive blog post that touches on everything from the colour palette and shape system to the way the font has been tweaked..

Or, to say the same thing in design speak: discover why Mozilla has adopted “…accessible colour and type standards to make the brand open to everyone, everywhere.”

Mozilla explains why it needs a consistent brand identity in its blog post, explaining:

“The “Firefox” you’ve always known as a browser is expanding to cover a family of products and services – united in the fact they all put the consumer first.“

“Firefox is a browser AND an encrypted service to send huge files. It’s an easy way to protect your passwords on every device AND an early warning if your email has been part of a data breach. Safe, private, eye-opening. That’s just the beginning of the new Firefox family.”

The Firefox brand revamp likely ties into Firefox Premium, a souped-up subscription based version of the browser that ships with added extras, like built in VPN and secure file storage, built-in. Firefox Premium was teased by Mozilla CEO.

All said, this new branding — controversial and gaudy as some may find it — will make it easier for Mozilla to both brand and communicate the values of its growing clutch of services.

But the company says its not done; the brand, like the browser it represents, is constantly evolving. To this end they are encouraging the community to give them feedback on the new designs going forward.

Are you a fan of the new logos? Sound off, below!
News design Firefox firefox send Mozilla 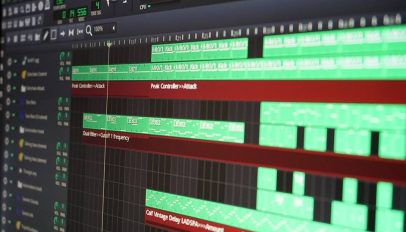