Windows Subsystem for Linux 2, aka WSL 2, attracted a lot of attention when announced earlier this week, and a new video from Microsoft offers a closer look.

WSL 2 is the first version of Microsoft’s developer-orientated feature to make use of a real Linux kernel. Microsoft will not only maintain its own Linux Kernel based on the LTS series (which will be freely available to pore over on Github) but also ship it in Windows 10 as part of WSL 2.

Now, I don’t own a Windows 10 device, and I’ve never tried the original WSL. I simply I can’t attest for the versatility of the old implementation.

But Microsoft is making a lot of noise about the improvements on offer in the new version, from faster performance to the ability to access Linux files from Windows, and a lot of developers I follow seem pretty stoked.

So what better way to understand the improvements on offer than by watching an hour-long video from the people behind them.

Ben Hill, a Senior Software Engineer at Microsoft and the creator of the Windows Subsystem for Linux, and Craig Loewen its product manager, presented a talk on WSL 2 at the Microsoft Build 2019 event.

Their “deep dive” talk is now on YouTube. It covers the technical architecture of WSL 2, how it differs from the first-gen WSL, and how Linux distributions (like Ubuntu) can work better with it.

On Microsoft’s Love for Linux

Not everyone is comfortable with Microsoft’s new-found appreciation — infatuation? — with all things open-source and Linux.

And that is understandable.

The battles of the 90s and early 2000s, when Microsoft treated Linux, free-software and open-standards as a threat to its existence, were hard fought.

But, as I’ve said before, Linux won. There’s no clearer proof of that than when Microsoft takes to the stage to profess its “love” for Linux.

Sure, it might be a mask; an expensive insincerity it chooses to wear.

Sure, might be uttered through gritted teeth, with a muted desire to conquer all lurking in the back of its mind.

And, sure, it might all be part of a wider triple-E ploy; serving a veritable ‘banquet of Linux’ features for developers to feast on, only for the chef to start peppering the meal with proprietary, Windows-only services.

Or — or — it could just be that Microsoft is conceding ground here, that it knows on a visceral level that it cannot appeal to developers, cater to developers, or satisfy developers, without making Linux part of it.

By all means be cynical, but don’t forget to feel a bit of smug satisfaction too. 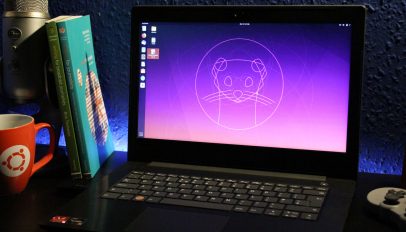