Microsoft has announced it will ship a real Linux kernel with Windows 10.

The surprising addition – check the date, it’s not April 1st – is part of Windows Subsystem for Linux 2, an improved version of the ‘bash on Windows’ feature introduced in 2016.

Didn’t know there was a Windows Subsystem for Linux 2?

That’s because it’s brand spanking new, having been unveiled today (May 6) at the Microsoft Build 2019 conference.

Keep reading for more details on the new WSL 2 and the ways in which Ubuntu will support it.

WSL 2 is based on Linux kernel 4.9, the same kernel that Microsoft uses in its Azure cloud line. This, it says, helps “reduce Linux boot time and streamline memory use”.

This is especially notable as it means, for the first time, WSL uses a real Linux kernel. Yes: Microsoft is shipping a Linux kernel with Windows.

Microsoft described this milestone as “a true testament to how much Microsoft loves Linux”. The source code for the Microsoft Linux Kernel, based on upstream LTS branches, will be made available on Github.

Back to WSL 2, which is now able to run Docker containers natively, dispensing the need for a separate VM.

It also boasts improved file-system I/O, native system calls, better Linux compatibility, and is said to be up to 20x faster than WSL 1 at unpacking a zipped tarball, and around 2-5x faster at git cloning.

Linux distros (including Ubuntu) can run as a WSL 1 distro or as a WSL 2 distro. WSL 1 and WSL 2 distros can be run side-by-side.

Yeah, no marks for originality there, Microsoft.

The new Windows Terminal app boasts a a clean, tabbed UI, full Unicode support (yes, including emoji) and will support themes and extensions so that developers can tailor a terminal environment that is totally to their taste.

Windows Terminal will be distributed through the Microsoft Store, and not tied to specific OS updates. This should ensure Microsoft is able to deliver new features to users without needing them to ‘reboot to install updates’ or pass through any other time-consuming hurdles.

They’ve even made a flashy video all about it:

Canonical has announced that Ubuntu will offer “full support” for WSL 2, taking advantage of its new virtualisation capabilities and that Linux kernel at its heart.

Ubuntu on WSL 2 will offer integrated Windows file sharing, and integration with Active Directory and other Windows services.

Stephan Fabel, Director of Product at Canonical says: “Collaboration with Microsoft enables us to certify Ubuntu on WSL, including Docker containers, Kubernetes, and snaps”.

So When Can I Try All This?

WSL 2 will make its first appearance to users of the Windows insider program by the end of June 2019. The “hope” is that the feature will be stable by the end of the year.

The new Windows Terminal app is available (in theory) from today, but only as source code that you need to compile, build and run. If you fancy a hassle-free way, Microsoft say it’ll be coming to the Windows Store in the summer. 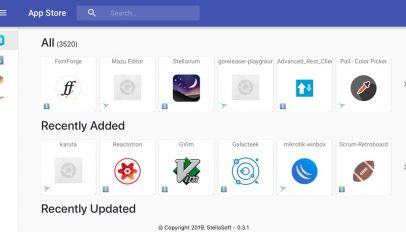