South Korea wants to switch government computers to Linux based software, ditching Windows in the process.

The country’s Ministry of the Interior and Safety reckon that migrating away from Microsoft Windows will lower costs and reduce reliance on a single operating system.

With 2020 bringing the end of “free” support for Windows 7, a system widely used throughout the South Korean government, the timing is prudent.

There’s no word (yet) on what sort of Linux distribution South Korea might use (or whether the government would create its own) but let’s not put the cart before the horse: there are a few hurdles Linux needs to clear first…

Although Linux is free-to-use for anybody, even governments, moving to a Linux-based OS is not a cost-free endeavour.

In fact, the Ministry expects switching to Linux will cost a cool $655 million US (roughly 780 billion won). Why? The price of implementation, transition, and the purchase of new PCs.

And that’s it things gets that far.

First, the Ministry plans to test-run Linux on its systems to check for compatibility and security issues.

Since many of the governments’ websites, software and networking devices are built to run on, or be compatible with Windows-based operating systems, a tentative ‘dipping of toes in the water’ is a sound move.

The timing for Linux is good as the rise of mobile has slowly chipped away at the South Korea’s love affair with ActiveX, an infamous proprietary framework made by Microsoft and despised by the world.

And if no major issues are encountered during the pilot run then Linux systems will roll-out more widely — potentially serving as the catalyst for more governments to adopt Linux.

Now, when it comes to governments who’ve previously made the switch to Linux, none is as famous as Munich, Germany.

The district’s on-again/off-again affair with Linux and Windows (and later LibreOffice) delivered more shock twists than an early season of Game of Thrones!

Cynics might be tempted to look back at the Munich mess and wonder if South Korea’s public announcement is less a sincere commitment to furthering the FOSS cause in societal structures and more a negotiating tactic with Microsoft.

If so, it’s a ballsy way to bag a discount, that’s for sure.

Whether South Korea switches to Linux in the end or not — don’t expect movement before 2020 — it’s nice that Linux is at least viewed as a viable, practical choice by those in charge. 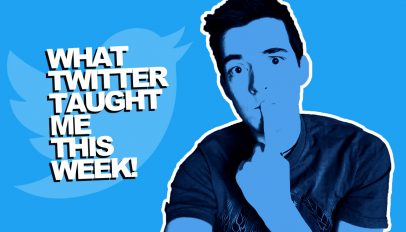 This Week Twitter Taught Me: Thunderbird is Go, But Windows Text Editors are Not!
Read Next