A brand new version of the Mozilla Firefox web-browser is now available to download, and the release is being dubbed the ‘fastest yet’.

Now, granted, every other release of Firefox seems to carry a similar claim, although few have felt as unequivocally speedy as the Quantum release in 2017.

But in Firefox 67 the speed boosts are palpable.

To showcase the performance gains on offer in Firefox 67 Mozilla has put together this spiffy, short video:

Short and sweet — but it’s nice to see the eBay homepage demoed in the video. I shop on eBay a lot and can attest that its homepage is a true bloat.

Curious as to how Mozilla has managed to squeeze even more performance out its already finely tuned browser?

Well, it’s all about priorities.

Mozilla devs say they tackled their to-do list based on “performing tasks at the optimal time”, such as delaying component initialisation on start-up and suspending unused tabs when memory runs low.

Combined, the canny tweaks included in Firefox 67 are said to boost page loading times by 40-80 percent — which is huge!

You can read more about the priorities, tasks and under-the-hood retooling Mozilla tackled in Firefox 67 in an expansive post on the Mozilla blog.

Firefox 67 might be bragging about its speed boosts, but this release boasts more than just performance improvements.

Of note to Windows users, Mozilla plan to slowly roll out WebRender by default on Windows 10 desktops with NVIDIA graphics cards. This will, again, provide performance boosts to page loading. No word on Linux support yet.

Another notable change, it’s finally possible to run different Firefox installs side-by-side starting with Firefox 67. This will allow you to run beta and release builds at the same time. Prior behaviour only allowed one instance of Firefox to run at any one time.

You can download Firefox 67 for Windows, macOS and Linux distributions, including Ubuntu, direct from the official Firefox website:

You can also upgrade to Firefox 67 on Ubuntu directly, using the Software Updater tool.

All supported version of Ubuntu, as well derivatives like Linux Mint, elementaryOS or Peppermint OS, can upgrade to Firefox 67 through the Ubuntu repos, though the upgrade can take a day or two to filter out. 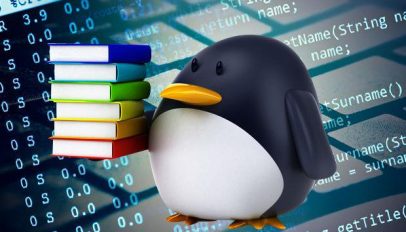 South Korea’s Government is Switching to Linux
Read Next