A brand new version of Krita, a powerful open-source graphics app written in Qt, is available to download.

Described by the Krita development team as a “big release”, Krita 4.2 features more than 1,000 bug fixes (!) as well as several new features, including support for HDR displays on Windows 10.

You can check out the official Krita 4.2 release notes for more detail all of the changes shipping in this release. I figured I’d pull out a couple of notable additions to highlight in this post too, so read on!

Among the improvements in Krita 4.2 is better support for graphics tablets across all supported operating system, including Linux. The uptick in computability includes improved handling of multi-monitor set-ups, bug fixes, and, Krita devs say, support for more even graphics tablets!

One truly useful change in Krita 42 is the ability undo Move tool operations! Always a strange omission this, but now properly patched in, meaning you can do undo multiple moves with the Move tool, as demonstrated in this cute cat gif:

It’s been possible to work with HDR images in Krita for a while, but viewing HDR images in HDR in Krita? Not so much, But thanks to some canny co-op work with Intel (yes, that intel) Krita users on Windows 10, with supported hardware, can now do just that.

A couple of other changes at a glance:

As mentioned, the full release notes offer a more detailed look at this release, as does the lengthy video at the very top of this section.

On Linux you have a choice of Snap, Flatpak, PPA and App Image, with the latter option being the ‘recommended’ way to try the app.

We link to the Krita 4.2.0 AppImage below. This image should work fine on most Linux distros, including both long-term and latest versions of Ubuntu and Linux Mint.

Keep in mind that, as this package is a bundle containing all of the required dependencies, it’s weighty 182MB download.

Users on macOS and Windows can find compatible builds for their systems in 64-bit and 32-bit flavours over on the Krita downloads server.

Finally, Krita source code is available on the KDE Gitlab.

Now, not being much of a “digital artist” Krita is not an app I’m particularly familiar with. I know it’s considered very good, and a quick perusal over on Twitter reveals a stack of stellar artwork created using the tool.

I’d love to hear about your experience with it in the comments.

Alas, my digital creativity is based around photo manipulation, text and raster graphics. I make a lot of article thumbnails for this site but few are ‘drawn by hand’. Carefully cutting out Stoat paws to overlay on an Nvidia graphic card is not quite the same thing as creating the image in the video thumbnail above!

So, for me, The GIMP remains my go-to on Linux.

I do have an Acer Chromebook Spin 13 which comes with a gorgeous 3:2 screen and a Wacom EMR stylus. Alas, for now, I’m trapped in apps like Google Canvas, and Inkredible — but with Linux apps on Chrome OS hitting their stride, my Chromebook with Krita 4.2 could be a solid pairing! 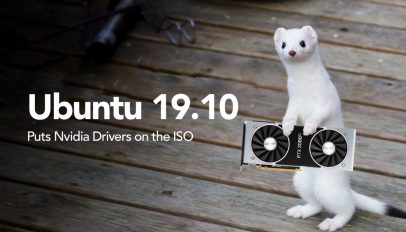