Purism, the privacy-orientated Linux device company, has launched a “bundle” of mobile apps and services for Android and iOS.

Wondering what apps and services are available, who they’re aimed at, what they can do and how much it’ll cost? Keep reading for all the details!

Librem One by Purism

It’s a fair bet so say that most of us are way more conscious of our online privacy and security than we used to, thanks in large part to a glue of leaks, hacks, and malpractice from companies we thought would guard out digital footprint.

But while we all know about the kinds of things we can do to wrest back control from big tech, it involves a lot of effort, i.e. the hassle of finding and setting up alternatives to apps and services by dominant players.

Which is where Librem One comes in.

Purism’s Librem range of laptops are considered the best, ‘most-free’ laptops that money can buy. They give Linux enthusiasts as much control over their hardware as possible via a combination of signed software, hardware kill switches, and open firmware.

With the upcoming Librem 5 Linux phone, Purism will give mobile users who desire the same broad level of control over a hardware in their pocket, exactly that.

Librem, in devices, try to make choosing the privacy-minded, user-in-control route as fuss-free as possible.

Enter ‘Librem One’ a new subscription service from Purism that’s looking to do the same, but for mobile apps and services.

Okay, here’s the big rub: some of the apps and services offered in the Librem One suite are not free to use.

But that’s kind of the whole point.

Your data isn’t currency when you use these apps; your privacy not bartered in exchange for access. Hence the costs; you pay with money, not your data.

For $7.99 a month (or just over $71 a year) backers of the Librem One campaign get access to a suite of mobile apps covering chat, social media, email, and VPN:

Further apps are planned, including a cloud storage service, and will be made available to Librem One users at no extra cost as/when campaign stretch goals are met.

Yes, there’s a free plan, too!

Those who don’t want to pay anything are catered for too.

Both the Librem Chat and Librem Social apps can be downloaded and used for free, gratis, no catch, on Android and iOS using a Librem One Basic account.

Okay, almost no catch: Purism offer it on the basis that you agree to “avoid products and services from big-tech that exploit you, lock you in, and control your data”.

Willing to do that for a fancy @librem.one email?

But why Android & iOS?

With its own Linux-based mobile in the offing, Purism’s new paid-for privacy provisions for Android and iOS owners will help do two things.

First, these apps will help Purism raise some additional money to help fund and further their dreams of shaping a data-conscious future.

Second, to truly cater to the privacy conscious it’s important to shape the full stack, from hardware to software. These mobile apps provide a transition buffer for those who might dig the idea of a Linux phone, but worry about the inevitable “app gap” and practicalities of switching.

The company explains more about their mission on the Librem One campaign page:

“Librem One allows you to reclaim your privacy, securely communicate to your friends, and does so easily with your freedoms intact. We bundle all the tools together for you to replace the privacy invading, locked-in, exploitative big-tech services. Putting you in charge of your digital life.”

Anyone looking to wrest back control of their data from big tech like Facebook, Microsoft and Google now has a clear, convenient and cost-effective choice.

Librem Chat is a mobile messaging client based on the Matrix chat protocol, and works with servers other than the librem.one domain. The Android app is a fork of the Riot.im app.

Librem Social offers public and private accounts on the decentralised, federated social network service Mastodon. Users can communicate with accounts on other Mastodon instances (like floss.social, the one we use).

From the initial screenshots it appears the social app is a forked version of Tusky on Android and Amaroq on iOS.

Librem Mail is a mobile email client for your end-to-end encrypted ‘@librem.one’ mail account, and it can support web-mail from other services using the POP3 and IMAP protocols. This client appears is based on the open-source e-mail app K9.

Librem Tunnel is an Android VPN tunnel. Using a VPN encrypts and anonymizes your online activity, and masks your IP address and location. This is based on the Open VPN source code.

Learn More about Librem One

Want to learn more? Head over to the project campaign page to read the mission statement, check over the policy page, or pledge your support:

Open the Librem One Campaign Page

You can also find out more about the apps and services on offer via their respective app store pages on the Google Play Store and the Apple App Store:

Looking for F-droid links? Purism say they intend to bring their apps to the open-source Android app store F-Droid soon.

Will you be backing the Librem One?
News Android email ios privacy purism VPN

Home » News » Librem One Campaign Will De-Google Your Life for $7.99/m 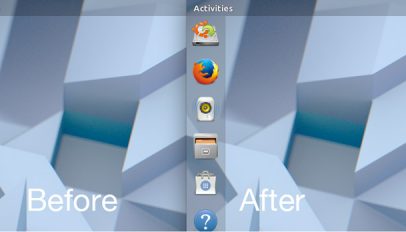