If you were a fan of the Mozilla Test Pilot programme, I’ve some bad news to share: it’s being axed.

Mozilla has announced that is closing the Test Pilot programme effective January 22, 2019.

Launched three years ago, the Test Pilot programme was a playground in which Mozilla could test innovative new Firefox features and experiment with new or unusual types of browser functionality.

Successful tests often ‘graduated’ from playground to product, going on to be incorporated in to Firefox itself (screenshots, containers, activity stream). Others popular tests became standalone products or made freely available add-ons (notes, lockbox).

And yes some, like the immensely useful sideview, simply never really went anywhere…

Why is Mozilla closing Test Pilot?

Well, because it was a bit too successful, apparently:

“Through the Test Pilot Program, Firefox users have been able to help us test and evaluate a variety of potential Firefox features. Building on the success of this program, we’re proud to announce today that we’re evolving our approach to experimentation even further.”

The popularity of some experiments led to changes within Mozilla itself, hiring more staff, or investing more resources. This change began to diminish the reason why Test Pilot was created in the first place:

“The company at large has learned a ton about privacy-respecting research, prototyping and product experimentation, and we’re no longer dependent on one team to drive these practices,” explains Mozilla’sJohn Gruen.

Going forward he says the company will continue to experiment and innovate, and including users, but in different ways. Mozilla will also “…invest in services that stand apart from the browser” rather than ideate on new Firefox features.

Among the test pilot experiments affected by the shuttering:

Firefox Send and Firefox Lockbox will continue to be developed and worked on as standalone services.

There is some “good” news. If you’re currently enjoying a test pilot experiment right now you can carry on using it. Mozilla say users will be migrated from a Test Pilot add-on to a publicly available add-on published on the (where else?) Mozilla Add-Ons site (at some point in the future).

But should you visit the Test Pilot site after January 22 you’ll see a farewell message. The test pilot add-on will also be uninstalled.

Did you use Test Pilot? Will you miss it?
News Firefox Mozilla test pilot 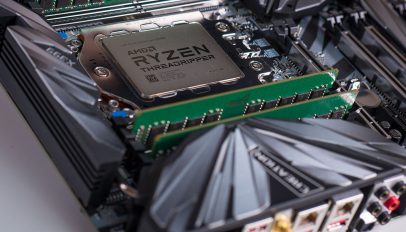 Entroware Hades is a Powerful Linux Workstation
Read Next