Mozilla has released a note taking app for Android that syncs with the Firefox browser on the desktop.

Called (rather simply) ‘Notes by Firefox‘, the feature offers basic, encrypted note taking in the browser and via a standalone app for Android phones and tablets.

Now Mozilla is broadening both the appeal and the usefulness of the little-known feature with the launch of a dedicated notes app for Android.

Using your Firefox Account you can write, edit, store and sync notes to and from the browser on your desktop and the Android phone in your pocket.

Using Firefox Notes in your Browser 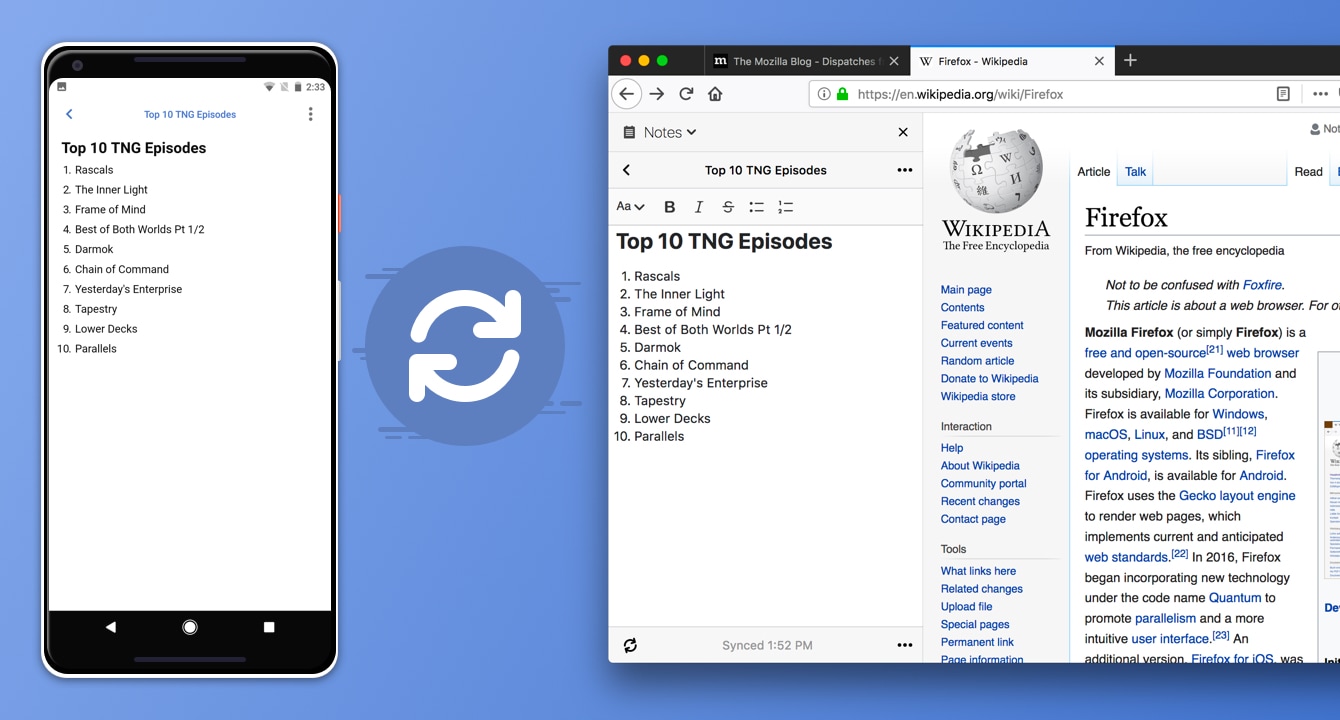 Just add the free Firefox notes add-on (below) to your browser and sign-in with your Firefox Account.

When you need to take a note just tap the ‘side panel’ icon in the browser toolbar to access the notes tool in a side panel.

Write, edit and sync notes to and from the browser on your desktop and the phone in your pocket

From there you can add, edit, or delete notes (which automatically sync between Firefox for desktop on Windows, macOS and Linux and the Android app).

All the standard note-taking features are present, including Markdown support, bullet lists and headers.

The WYSIWYG editor makes text formatting easy. If you need more room to take notes just extend the size of the sidebar. You can also export all your notes to HTML.

It’d be great if Mozilla add actionable tick list support. I use these all the time in Google Keep (and on Github issues).

You can create as many quick or detailed notes as you like, all of which sync (using end-to-end encryption) between your different devices. The only hard requirement for syncing is that you have a Firefox account.

You don’t need to use the Android app

For what it’s worth, you do not need to own an Android devices to use this feature or enable sync.

If you’d rather you can keep all notes locally in your browser, or, by signing in, sync notes between different versions of Firefox running on different operating systems and computers.

Get Notes by Firefox

Both the Notes by Firefox web extension and the Android app are considered pre-release software. You may encounter bugs, rough edges, and other minor issues.

You can install the notes add-on from the Firefox Test Pilot site:

Notes by Firefox on Test Pilot

You can get the Notes by Firefox Android app direct from the Google Play Store:

Notes by Firefox on Google Play

Notes by Firefox is not out to rival Evernote, Microsoft Onenote or similar services. But it is capable, easy to use and very accessible. This makes it a potential alternative to desktop software like Joplin and Simplenote.

Will it wow the socks off anyone?

But if, like me, you’re on a forever quest to find a cross-platform note taking solution, Firefox Notes is worth checking out.