A pair of powerful new Linux PCs have gone on sale from Spanish company Slimbook, including a high-end liquid-cooled illuminated rig.

Best known for its range of Linux laptops, like the KDE-branded KDE Slimbook, the new The Slimbook Kymera is the first proper desktop Linux PC line the company has offered – assuming we discount its curved-screen all-in-one PC and low-power Intel NUC offerings as not being proper desktop PCs which, oops, we just did.

It’s the latter of these PCs — shown off in all its water cooling glory in the video above — that has left us salivating. The Aqua is rammed with high-end components, has one-click overclocking, top tier cooling tech, and some blinky design touches that can’t not leave some sort of impression!

Naturally you might be keen to learn more about both PCs, so we’ve got you covered below.

It has a pair of separated radiators, 14mm pipes and fittings, and 12cm fans blowing at a cool 2800 rpm; it uses EKWB EK-CryoFuel refrigerant, has a T-VIRUS effect reservoir, shows a flow indicator, and comes with cool blue wiring and LEDs throughout (though this is optional).

There’s only one reason why a Linux desktop PC needs a cooling system capable of taking Victor Fries¹ on a Spanish jaunt: because it’s a beast:

Also, how great is that “be one of us” sticker?

The Slimbook Kymera Aqua is priced from €1,995, which is roughly comparable to a tricked-out (but less powerful) 27-inch iMac, albeit sans a high-end display.

If you’re not in looking to have that much power (or you are but, like most of us, probably can’t afford it) Slimbook has something a little more manageable…

A desktop PC with more modest specifications is the Slimbook Kymera Ventus Linux desktop PC. It’s fan-cooled rather than water-cooled, but can be configured to suit your needs.

If you want blue LEDs and a better heatsink, you can have it; just want oodles of RAM for GNOME Shell to eat? (that’s fixed now, joey), have at it:

Like the Aqua, Wi-Fi doesn’t comes as standard so you’ll either need to supply your own dongle or card, or remember to select one during checkout.

The cost of the Slimbook Kymera Ventus is far less scary, priced from €549.

Do keep in mind that this cost will increase as you configure and select your preferred parts, and that as this is a regular PC you can always upgrade or replace components yourself.

Pre-built vs build your own?

It’s been a good 6 or 7 years since I last built my own desktop PC. I enjoyed doing it, and it was always fun getting a good price on parts.

But it was also effort.

Going the DIY route could net you a similar rig to this for a little less here and there — but don’t underestimate the demand and appeal of pre-configured systems, either.

Not everyone feels confident enough to choose the right components, or can be bothered to shop around for a good deal. And even among those who are otherwise up to the job, it’s also effort: you have to source, wait, build, troubleshoot, and so on.

While buying a pre-built desktop PC may not save you tonnes of money, it can often save you time, effort and headaches.

You can buy these PCs with no operating system installed, choose from a wide selection of popular Ubuntu-based Linux distributions (including Ubuntu, Linux Mint and KDE Neon), or put up the cash and get Windows 10 — but i know you’re better than that ;)

To learn more, or to buy yourself one of these systems, head over to the Slimbook website we’ve cunningly hidden behind this obscenely yellow CSS: 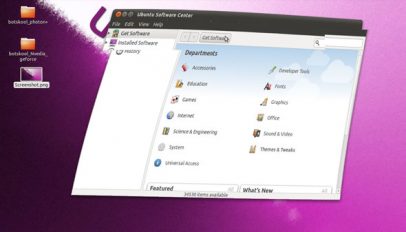 Wobbly Windows Are Making a Comeback
Read Next