A new version of the Deepin Linux distribution is available to download.

Deepin 15.6 improves on last year’s Deepin 15.5 release in a number of ways, chucks in a new-look app launcher, and includes a crop of core app updates for good measure.

“The new release – deepin 15.6, offers the delicated interfaces and easy-to-understand logics to help users start quickly. No matter which operating system was used before, you can get started easily,” (all sic) reads the official release announcement.

Among the highlights on offer in Deepin 15.6 is a new welcome app which runs on first boot of new installs to greet new users.

This app sort of acts as interactive guide to the Qt-based Deepin desktop by offering up personalization tips, desktop set-up options, and a video overview of the distro’s key features:

The Deepin welcome app can be run at any time by opening the “Introduction” app from the launcher.

Talking of the launcher the “efficient” sized layout has had a dramatic makeover.

It even has a clock!

The launcher is, as before, fully searchable too.

If you’re a fan of the full-screen app launcher you needn’t panic as it’s still included. Just click the maximise icon in the upper right corner of the efficient launcher to switch to the full-screen version.

The key changes at a glance:

You can see many of the Deepin 15.6 changes in action in this video from YouTuber “Deepin Desktop Reviewer“, though do note that he is reviewing an earlier beta build and not the final stable release:

If you haven’t tried Deepin you’re missing out.

The Deepin desktop is, in many ways, a greatest hits mash-up of the leading Linux desktop environments.

Deepin even lets you unlock sudo in the terminal using your fingerprint!

The shell combines the simplicity and ease of GNOME Shell and Budgie with the best bits of Pantheon, glued together by the elegant feel of KDE Plasma — and yet Deepin isn’t based on any of these;it is its own unique desktop environment.

Deepin as a distribution is also notable for doing a lot of things better than existing Linux distros do, from its fantastically advanced (and yet still easy-to-use) file manager to its seamless VPN and wireless hotspot support.

The distro also supports fingerprint unlock on login/lock screen, on the system authentication dialog box, and — rather awesomely, I think — when using sudo in the Deepin Terminal app.

You can download Deepin 15.6 by hitting the button below. The image provided is a 64-bit ISO with both multiple language options included.

If you like the look of the desktop, but fancy a different base, Manjaro Deepin is considered to offer the best “Deepin desktop” experience outside of the main distro. 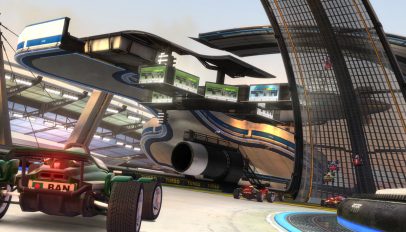 You Can Now Play ‘TrackMania Nations Forever’ on Ubuntu
Read Next